Home Auto News India Likely To Add More Than 9,000 Km Roads By The End Of This Fiscal

India likely to add more than 9,000 km roads by the end of this fiscal 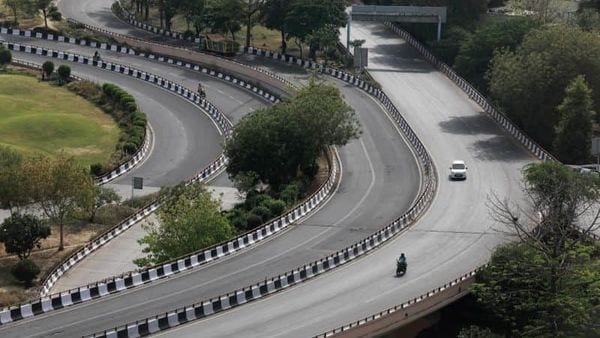 India likely to add more than 9,000 km roads by the end of this fiscal. (File photo)

Execution of road projects this fiscal could be in the range of 9,000-9,200 km, almost 10 per cent lower than FY2020, due to Covid-19 related lockdowns and restrictions, according to rating firm Icra.

Last fiscal, nearly 10,237 km of road projects were completed, the rating agency said in a report.

Icra noted that typically the fourth quarter (January-March) is the key working season for road contractors. However, a good part of March 2020 was lost on account of lockdown and restricted movement of goods and personnel in the run up to the lockdown.

The execution reached a peak of 33 kilometre (km) per day in June 2020 before falling to 25 km per day in July.

"The unabated rise in Covid-19 infections in the unlock phase, localised re-imposition of lockdowns in several states, and heavy monsoons in many parts of the country had interrupted this recovery in July, 2020," Icra said.

Icra Group Head, Corporate Ratings Shubham Jain said the first four months of FY2021 saw awards of 2,611 km, significantly higher by 166 per cent, as against 980 km during April-July of FY2020.

He further said that notwithstanding the high cost of re-mobilising the labour, many contractors made special arrangements to facilitate return of labour due to improved cash conversion cycle from the National Highways Authority of India (NHAI) or MORTH projects.

Meanwhile, the Ministry of Road Transport and Highways (MORTH) has initiated a slew of relief measures like shift from milestone-based billing to monthly billing and release of retention money or performance security in proportion to the work already executed, among others, which immensely supported the road contractors.

"These initiatives have helped in reducing the cash conversion cycle while also getting the performance guarantees and associated margin monies released for the executed portion of the projects," Icra said.