Ferrari has its headquarter in Maranello, just outside of Milan, a city that is grappling with rising dead bodies and where - much like in most cities - streets are deserted due to a lockdown.
By : Shubhodeep Chakravarty
| Updated on: 04 Apr 2020, 16:50 PM 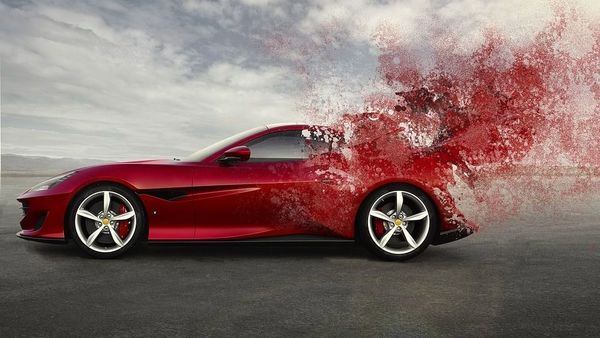 Italy has been one of the worst-hit countries in the entire world from the coronavirus pandemic. With close to 120,000 positive cases here and over 14,000 deaths, the country continued to wage an uphill battle against the disease that is officially referred to as Covid-19. Apart from the human suffering, the economy has taken a mammoth hit in Italy but Ferrari - maker of iconic supercars - recently said that its business has been relatively unharmed from the prevailing situation.

Ferrari has its headquarter in Maranello, just outside of Milan, a city that is grappling with rising dead bodies and where - much like in most cities - streets are deserted due to a lockdown. And while Ferrari has suspended operations at its plant in the town of Maranello, the company is reportedly not reeling under the impact of coronavirus. Not like most other automakers at least.

A Bloomberg report has quoted a top Ferrari official as saying that the reason behind not suffering due to the coronavirus fallout is that most of the orders that his company receives are 18 months in advance. "We haven’t seen any abnormal reduction of our order book," Ferrari CEO Louis Camiller was quoted as saying. "Our customers outside Italy are really stepping up to try to help us."

Camiller however did admit that the future remains unknown and that it isn't currently known if suspended work at the factory will result in deliveries meant for later in 2020, suffering delays.

Ferrari, meanwhile, stepped up to use its experience in manufacturing sports cars and race cars to help in the development and production of ventilators - a key medical equipment in the fight against coronavirus. Additionally, the Agnelli family which owns Ferrari's F1 and sports car businesses, donated 10 million euros and 150 ventilators.