Hyundai has obtained a temporary permit for its autonomous driving operation from the Ministry of Land, Infrastructure and Transport (MOLIT) of Korea.
By : HT Auto Desk
| Updated on: 09 Jun 2022, 04:12 PM 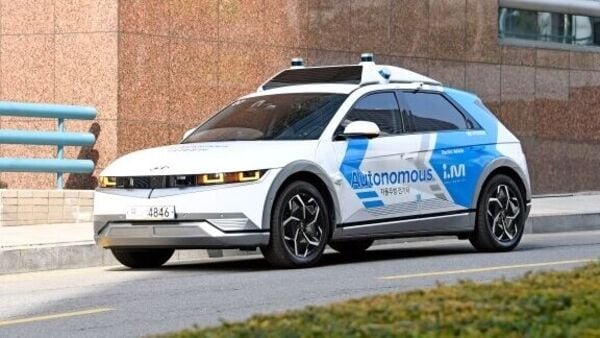 Hyundai has obtained a temporary permit for its autonomous driving operation from the Ministry of Land, Infrastructure and Transport (MOLIT) of Korea. The auto company will collaborate with Jin Mobility, a Korean startup operating the artificial intelligence (AI)-powered car-hailing mobility platform ‘i.M.’, that will operate the two Ioniq 5 RoboRide units via its i.M mobile app.

For safety purpose, the Group has developed an in-house remote vehicle assist system that monitors autonomous driving status, vehicle and route. It also assists the trip with remote assist functions such as changing the lane under circumstances where autonomous driving is not feasible.

Thanks to the Group's level 4 autonomous driving technology, a RoboRide vehicle can perceive, make decisions, and control its own driving status. However, the safety driver is assigned so as to intervene under limited conditions.