Original Hyundai Ioniq to see end of the road; production ending next month 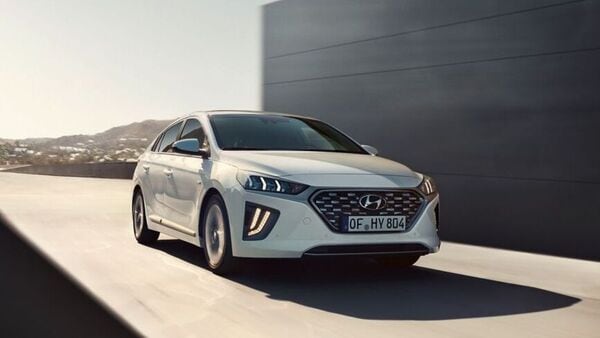 Hyundai Ioniq was first launched in 2016

First launched in 2016, Hyundai is set to end the production of its original Ioniq vehicle, which became the world's first car to offer three electrified powertrains – hybrid, plug-in hybrid and battery-electric, CarScoops reported. The manufacturing of the vehicle will come to an end next month at the company’s plant in Ulsan, South Korea, marking the end of an important chapter in the company's recent history.

The Hyundai Ioniq will not have any direct successor but will effectively be replaced by the Ioniq 6, the report stated. The original Ioniq was first previewed by the i-oniq concept at the 2012 Geneva Motor Show as a range-extending petrol engine and electric sports hatchback. The concept had a range of 120 km on electricity alone and up to 700 km altogether.

(Also read | Hyundai sales in the US in May take a torrid tumble, most models in red)

The i-oniq concept was eventually developed into the production model, offering three different powertrains. The Ioniq Hybrid and Plug-In Hybrid had a 1.6-liter four-cylinder engine and an electric motor that produced a combined maximum output of 139 hp.

The plug-in hybrid variant packs a 1.56 kWh battery for a larger 8.9 kWh unit that allows for an electric-only range of 47 km. The hybrid variant offers a fuel economy rating of up to 58 mpg city, 60 mpg highway, and 59 mpg combined.

In a separate development, Hyundai Motor America reported its sales figures for the month of May and each of its 13 models on offer registered a de-growth when compared for sales figures from May of 2021.