Earlier glimpses of Hyundai Ioniq 6 electric car revealed that it will be based on Prophecy concept car, featuring a 73 kWh battery pack.
By : HT Auto Desk
| Updated on: 14 Jun 2022, 09:58 AM 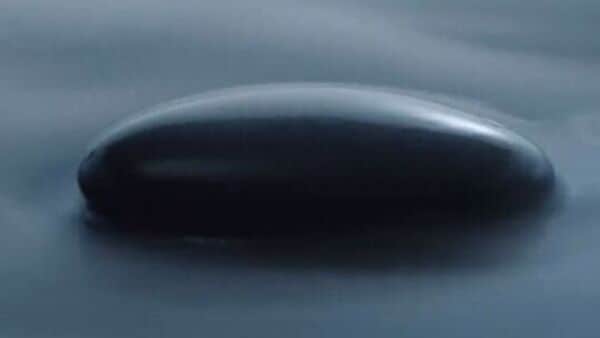 Screengrab from teaser of Hyundai Ioniq 6. The vehicle's silhouette will take inspiration from streamlined objects.

Hyundai Motor has released a teaser for its upcoming Ioniq 6 electric vehicle on its social media handles. The video doesn't really show anything of the electric vehicle but puts forth the idea that the Ioniq 6 will be an ‘electrified streamliner’. This indicates that the electric car's silhouette will take inspiration from streamlined objects. In its Twitter post, Hyundai wrote, “Ioniq 6 (will be) the new streamliner in the EV era with the simple yet sensuous streamlined design."

The teaser video begins with a boy looking at a picture of a bicycle in a book with the message - Bike of the Future. Then there's a man reclining in a lounge chair. Next, we see clouds flowing over a mountain and then around a black pebble. Finally, there's a dome-shaped, window-covered building with a white hemisphere inside. The idea was to give the vehicle's general vibe by showcasing examples of streamlined things.

Have you heard of Streamliner?#IONIQ6, the new streamliner in the #EV era with the simple yet sensuous streamlined design, is coming.

Silhouette of the New Era.#ElectrifiedStreamliner

This is not the first time that Hyundai has released a teaser of the Ioniq 6 electric car. Earlier glimpses of the vehicle revealed that it will be based on Hyundai Prophecy concept car, featuring a 73 kWh battery pack at its heart along with two powertrains - a single motor developing 215 hp and a dual motor churning out a combined output of 308 hp.

Other known facts about the Hyundai Ioniq 6 are that it is underpinned by the e-GMP platform that also supports the Ioniq 5 and Kia EV6 GT. Going by the rumours, the Ioniq 6 could debut in South Korea in June and the teaser is indicative of the fact that the unveiling is right around the corner. It is expected to go on sale in the US for the 2023 model year.