How does Tesla Autopilot detect emergency vehicles? US asks EV giant for info 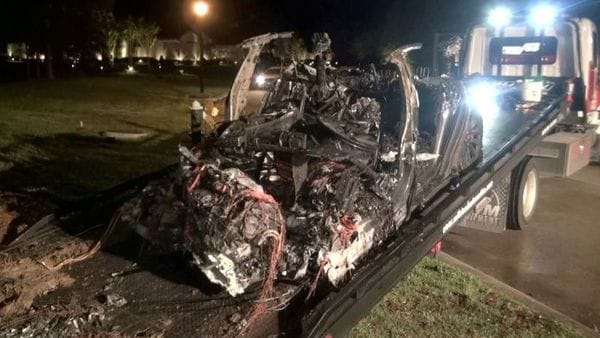 File photo of a Tesla vehicle involved in a crash.

Tesla Autopilot or autonomous driving system has its share of fans and critics but the jury is still out on whether it is the future of driving or if it is a threat to safety of drivers, fellow motorists and even pedestrians. While Tesla CEO Elon Musk has continued to be a very vocal advocate of the Autopilot functionality, several questions still abound. One of them is how does a Tesla car with Autopilot activated respond to emergency vehicles in real world conditions. And the US government wants the EV maker to share information in detail about this.

The Associated Press on Wednesday reported that the US National Highway Traffic Safety Administration (NHTSA) has written an 11-page request letter to Tesla to seek its detailed response on how its vehicles with Autopilot recognizes and responds to emergency vehicles. It is further reported that NHTSA wants to know how a Tesla EV would respond to emergency vehicles parked and with personnel dealing with incidents of accidents or those of a similar nature.

It is claimed by Tesla that its EV with Autopilot functionality can detect a wide variety of road signs, cars, bikes and obstacles, and allows for the vehicle to be driven completely autonomously. The company, however, urges owners to still have hands on the steering and pay attention to the road and surroundings at all times. This hasn't always been heeded as several owners have indulged in antics such as sleeping in the back seat, playing games on their phones or worse. There have also been mishaps and crashes which are suspected to have been caused because the Tesla vehicle had engaged Autopilot system and failed to pay attention.

It is reported that NHTSA is currently probing as many as 12 crashes involving Tesla and its driver-asist system. In the wake of some of these involving collisions between Tesla EVs and emergency vehicles, the detailed information on Autopilot system sought assumes more significance.

Tesla EVs with the system makes use of a number of cameras, sensors and other high-end tech to make autonomous driving possible. Musk, in the past, has gone to the extent of saying that such vehicles are safer than ones being driven by people because these negate chances of human-induced errors.