The toll amount for the Mumbai-Nagpur expressway will be charged on per kilometre basis and has been set at ₹1.73 for each kilometre for light motor vehicles.
By : HT Auto Desk
| Updated on: 19 Jan 2022, 11:55 AM 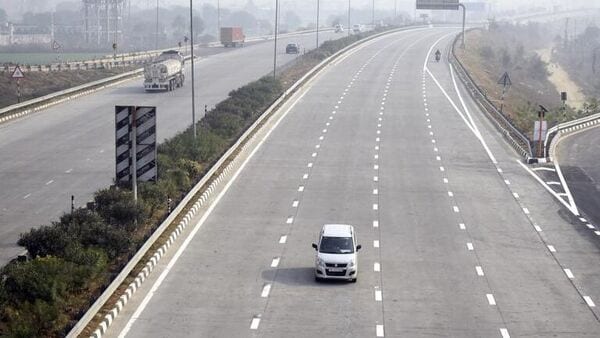 If you're planning to use the upcoming 701-km Mumbai to Nagpur expressway, which will be the country's longest access-controlled expressway, be ready to pay a toll of ₹1,212 for light motor vehicles for a one-way trip, as per a report by Hindustan Times. The toll amount has been proposed by the Maharashtra State Road Development Corporation (MSRDC) that is constructing the expressway.

The toll amount, interestingly, will be charged on per kilometre basis and has been set at ₹1.73 for each kilometre for light motor vehicles. For example, if someone wants to travel between Mumbai and Nashik or Aurangabad, they will be charged according to the distance between the two places. The Nagpur to Aurangabad stretch of the expressway is being planned to be opened by March or April this year while the entire stretch will be opened by the end of the year.

The toll rates have been proposed after consultation and approval from the state government and will be officially notified by a gazette few days before opening of the expressway, Chandrakant Pulkundwar, joint managing director of MSRDC told Hindustan Times.

As per the toll rates list, the second category of vehicles - that is the light commercial vehicle such as light goods vehicle or mini bus will have to pay ₹2.79 per kilometre to travel on the Mumbai-Nagpur expressway, which tallies down to ₹1,955 for the whole 701-km stretch. The third category of vehicles - bus or truck (two axle) will be charged ₹5.85 per km, summing up to ₹4,100 for the entire stretch.