The Intelligent Transport System, India's first, promises to detect any accident on Eastern Peripheral Expressway. The system will also receive alerts to ensure that ambulance reaches the accident spot in less than 15 minutes.
By : HT Auto Desk
| Updated on: 24 Dec 2021, 08:58 AM 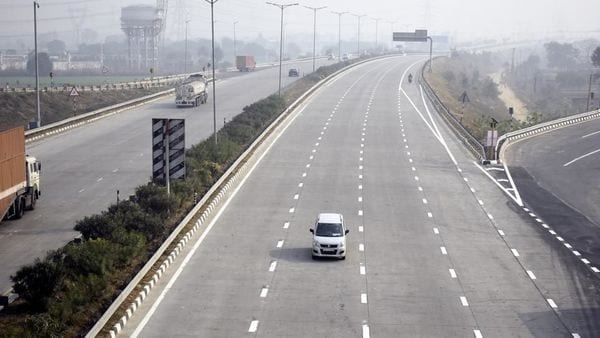 Travelling on the Eastern Peripheral Expressway is set to become a safer experience soon. Union Minister Nitin Gadkari has launched a new system that will ensure to log any accidents and send prompt help in coming days. NHAI officials said the ITS is the first such network in India.

"It is a great event in the history of Indian infrastructure(development)," Gadkari said at the inauguration of the ITS, reminding that around 1.5 lakh people are killed every year in 5 lakh accidents across the country.

“Every year in India, we have 500,000 accidents, which kill 150,000 people. We decided to make green expressway highway. We are making 26 green expressway highways and implemented the first ITS network in Ghaziabad. We also plan to integrate all the highways across the country with a similar system at the NHAI headquarters," said Gadkari. He also said that it is important for India to improve its road engineering.

The Intelligent Transport System also promises to detect any accident on Eastern Peripheral Expressway. The system will also receive alerts to ensure that ambulance reaches the accident spot in less than 15 minutes.