Home Auto News Gm's Cruise, Alphabet's Waymo Allowed To Give Autonomous Ride In This Us State

GM's Cruise, Alphabet's Waymo allowed to give autonomous ride in this US state

California Department of Motor Vehicles has given permission to General Motors Co's Cruise and Alphabet Inc's Waymo self-driving cars to give passengers ride considering certain rules that have been stated by the department.
By : HT Auto Desk
| Updated on: 30 Oct 2021, 03:08 PM 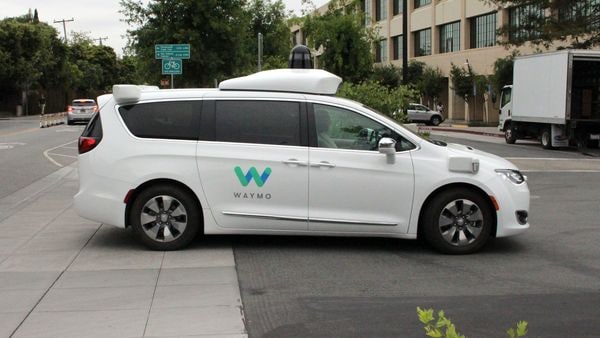 General Motors Co's Cruise and Alphabet Inc's Waymo self-driving car subsidiaries became the first companies to get autonomous vehicle permits to offer rides to passengers in California. Cruise received permission from the California Department of Motor Vehicles (DMV) to offer driverless rides to passengers in some parts of San Francisco and Waymo got the permit to deploy autonomous vehicles with safety drivers behind the wheel.

The department mentioned in a Reuters report that it will allow commercial service for the companies, though they would need another permit from the California Public Utilities Commission to start charging passengers for rides. It also added that the new permit would allow Cruise to operate its vehicles ‘within designated parts of San Francisco’ between 10 pm and 6 am at a maximum speed limit of 48 kmph. On the other hand, Waymo autonomous vehicles which will have safety drivers behind the wheel have been allowed to operate on public roads within parts of San Francisco and San Mateo counties with a speed limit of no more than 104 kmph, stated the DMV.

The two companies have already ramped up testing in San Francisco, with Cruise going for GM's electric Bolt EVs while Waymo is testing Jaguar all-electric Jaguar I-PACE SUVs. The latter started public testing in San Francisco in August with a safe driver behind the wheel. Waymo has also given paid, autonomous rides booked through its app in limited suburban areas in Arizona.

Cruise that is supported by Softbank and Honda as investors earlier this year raised about $2.75 billion from investors like Walmart Inc while on the other hand Waymo has raised $2.5 billion, mentioned the report.