Germophobes shunning public transit give carmakers a bit of hope

According to a recent survey by a vehicle-shopping website, 20% of people searching for a car said they don’t own one and had been using public transit or ride hailing.They might buy a set of wheels to be safer from the coronavirus pandemic that could linger well into the year.
By : Bloomberg
| Updated on: 23 Apr 2020, 17:40 PM 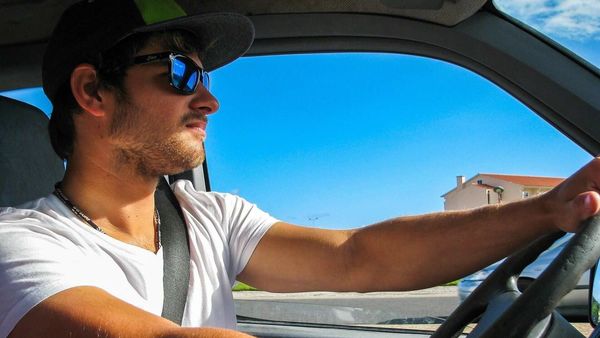 Welcome to newly germophobic America where precautions being taken by people is a glimmer of hope for carmakers and dealers who need depressed vehicle sales to bounce back. (File photo used for representational purpose only).

That 45-minute commute worked until the coronavirus hit U.S. cities starting in February. Then, Rogers said, he started renting cars by the week to avoid catching Covid-19 on the bus and bringing it home to his two children. With rental rates costing him $1,200 a month, the single father says he’s now looking to buy a car and stay off public transit.

“I have no interest in getting on the bus or a ride-sharing system unless I’m in a hazmat suit," Rogers said in a phone interview. “I’m very much erring on the side of caution. I know where the car has been and who has been in it."

(Also read: How Covid-19 is likely to take toll on global auto industry in 2020)

Welcome to newly germophobic America, where people are avoiding other humans and anything they might have touched, including steering wheels, bus railings and car armrests. The precautions Rogers and others are taking are a glimmer of hope for carmakers and dealers who need depressed vehicle sales to bounce back. They also could prolong the crisis for the sharing economy by leaving public transit providers and companies including Uber Technologies Inc. and Lyft Inc. reeling from a long-lasting dearth of riders.

The auto industry is already seeing a couple of positive signs in this regard. In the first two weeks of April, Cars.com’s unique visitors bounced back from late-March doldrums. According to a recent survey by the vehicle-shopping website, 20% of people searching for a car said they don’t own one and had been using public transit or ride hailing. They might buy a set of wheels to be safer from a pandemic that could linger well into the year, Cars.com Chief Executive Officer Alex Vetter said.

“Covid-19 has pushed more people who don’t own a car to consider purchasing one," Vetter said by phone. “The primary reason given was to avoid public transit and because of a lack of trust in ride sharing."

Fear of catching the coronavirus isn’t the only reason that shared transportation has taken a plunge. Many people are sheltering in place not only out of caution, but due to government-ordered closures of non-essential businesses.

Shutdowns have kept millions of workers at home and hammered public-transit systems, which are now carrying 70% fewer riders than usual, according to the American Public Transportation Association. Uber said in March that it has seen a similar drop and the company scrapped its earnings forecast. Lyft also said its ridership is way down and withdrew guidance.

“Until there’s a vaccine or some kind of antibody that gets developed, people are going to be very concerned about their health," Tom Doll, CEO of Subaru Corp.’s U.S. sales unit, told Bloomberg Television. “So these ride sharing-type businesses that have come up could face a little bit of headwinds when the economy finally comes back up."

Lyft, which has spent almost $1.5 million on cleaning supplies and protective equipment and distributed sanitizing products to drivers across the country, is following U.S. health guidelines and communicating them to drivers to protect themselves and riders, a spokesperson said. Uber didn’t immediately respond to a request for comment.

Any bump in car-buying from virus-averse commuters will only mitigate the damage being done to U.S. vehicle sales that IHS Markit sees falling 27% this year to just 12.5 million cars and trucks. But slowing or perhaps even reversing the gradual migration from individual car ownership to shared rides could have longer-term ramifications. General Motors Co. announced this week it will permanently shut down its car-sharing service Maven.

“We definitely do see a return to what I’ll call personal transportation and trust," Scott Keogh, Volkswagen’s U.S. CEO, said by phone. He predicts a shift in consumer mindset to: “I know where this car has been; I know it’s mine."

Still, Keogh said he doesn’t think Uber and Lyft were taking many sales from carmakers to begin with.

“Will it lead to massive growth? That I don’t see," he said. “But I definitely see a reset. If the trend was sharing everything and the car as personal transportation is 20th Century -- I don’t see that."

Vehicle sales could rebound in the U.S. as they have in China once government shutdowns are lifted. Even in Wuhan, the epicenter of the coronavirus outbreak, sales have bounced back with some consumers opting for the safety of their own car rather than China’s public transit systems.

Vetter said Cars.com shopper visits rose 10% from the first week of April to the second week. J.D. Power reported Wednesday that retail sales are slowly recovering from being off almost 60% in the last full week of March to a still-steep but less-dismal decline of 48% in the third week of April.

As for Rogers, he sees so many deals for both new and used models that he’s looking at some luxury vehicles like a Range Rover Evoque or Lincoln MKZ hybrid.

“Everything I’m looking at seems to be about 10% cheaper than it was," Rogers said. “I don’t need to be fanned by palms and fed grapes, but I do want a good sound system."