The global automotive industry is expected to take a big hit from the Covid-19 outbreak. If sales figures in March are anything to go by, the situation could get worse before it gets any better.
By : Shubhodeep Chakravarty
| Updated on: 23 Apr 2020, 17:58 PM

The shockwaves from Covid-19 disease around the world have turned 2020 into a year of gloom and uncertainty in just a little over four months. As almost every single country in the world grapples to bring down the human cost of the disease, the world has already also begun assessing the economic ramifications that may be a throwback to the years of the Great Depression in the 1930s. While the reverberations are almost certainly expected to be felt across sectors, the automotive industry around the world is potentially poised to bear a significant brunt of it.

Plunging sales and halted production have already forced some of the bigger players in the global automotive field to buckle up and rethink plans. The most notable among these is the German troika of Mercedes, BMW and Volkswagen. Top executives of the three companies were reportedly in talks with German Chancellor Angela Merkel on how best to come out of the current crisis. While the immediate area of attention was the factories shut in the country and across Europe, other concerns ranging from survival of component manufacturing units to funds were also raised.

While Germany may be home to some of the biggest automotive brands in the world, the prospect elsewhere is perhaps worse.

Reuters recently reported that predictions for 2020 in Russia show that demand for commercial vehicles could rewind to years just after the disintegration of the USSR when the Russian society was mostly too poor to afford a car. (Read report here)

The situation is dreary in Spain, Europe's second-largest auto producer, where a strategy re-think from big players like Volkswagen, Ford and Renault could pack a massive punch to the overall prospect of an economic revival. After all, the auto sector accounts for 9% of all Spanish manufacturing and any changes are likely to have more far-reaching impact. (Read report here)

In other major car markets in Europe - like France, Italy and Britain, automakers stand on the cusp of feeling the punch like never before. Even without much clarity on the prospects yet, many analysts here feel that auto companies will surely be compelled to dial down on their previous plans.

China and US: Twin beacons of hope that's flickering at best 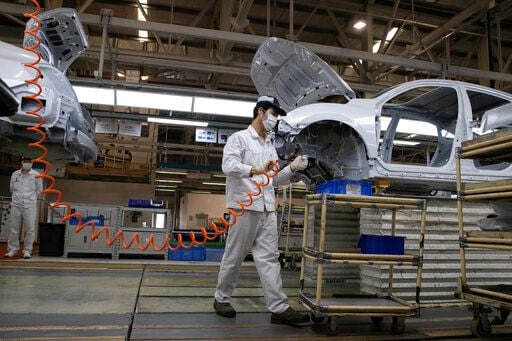 Every major automaker in the world has long looked at China and the United States as lucrative markets that hold immense value. Porsche, for instance, sold 53,125 cars in Q1 of 2020 and 14,098 and 11,994 units were sold in China and the US alone, respectively. (Read full report here)

And even as there are some reports of a minor revival in China, the world's biggest car manufacturer and market, no one is popping the champagne bottle just yet.

Factories were shut for months, many of them in Hubei province where Wuhan - epicenter of coronavirus - is located. While some are only reopening now, it is a slow, cautious approach. The same is true on the demand side of it as well. Several cities in the country have had to devise incentives to lure people to buy new vehicles, often by promising to pay them.

In the US, March was mayhem and April has only been a shade better. Research firm J.D. Power said sales in places like New York fell by as much as 80% in March. It noted that other states also saw demand crumble in the month before stabilising in the first two weeks of April. Any semblance of normalcy, the report noted, would only be possible by the end months of the year.

India imposed a national lockdown from the intervening night of March 23 and 24, and this was extended till May 3. With factories silent, cars parked and people shut at home, the usually packed city roads have been eerily deserted. As such, March sales figures of almost every automaker was drastically low - down by 51% from 12 months ago.

Some manufacturers have now decided to not release April figures at all.

Society of Indian Automobile Manufacturers has termed the current situation as one of the most stressful ever and has asked for a stimulus package from the central government. "Demand creation would be a major challenge," said SIAM Director General Rajesh Menon. He has suggested a number of ways to address concerns of the auto sector which include temporary reduction in GST rates by 10% across all vehicle segments, incentive-based 'Vehicle Scrappage' scheme, among others.

With estimated losses worth ₹2,300 cr per day, SIAM paints a bleak picture even if others say automakers are rethinking plans and will come out with contingency plans.

Management consultancy firm Bain & Company recently painted three scenarios for the global auto industry and said recession comparable to 2008-09 was most likely. It said that prolonged slowdown would follow if duration of containment measures span for two quarters and that this is what is emerging as a strong possibility. Anything more would result in deeper and longer recession.

The report also makes note of the the pre-crisis sales predictions with what the new reality is most likely to result in. While sales through the year was initially predicted to top 90 million across the globe, that figure would come down to 64 million in case of a prolonged slowdown with April and May being the toughest months before a pick up in pace.

It also makes a reference to individual countries, their actions against Covid-19 and hospital capacities to predict how trajectory of recovery for the auto industries there will be. According to this, countries like South Korea and China may have already seen the worse and are now in repair mode, Germany and France will only see market normalisation starting May. In countries severely hit by Covid-19 like Italy, Britain and the US, market contraction has been far more severe and therefore, the normalisation taking longer.

It is amply clear then that there is no one straight road towards recovery. And recovery itself may mean different things to different stakeholders in a world trying to acclimatize to a new 'normal.' The general consensus, however, appears that 2020 would be a good year to forget all about even as the global automotive industry digs in for its biggest battle ever.