The French National Assembly voted unanimously as part of review of the climate law to encourage purchase of electric bicycle against scrapping of old, polluting vehicles.
By : HT Auto Desk
| Updated on: 12 Apr 2021, 09:58 AM 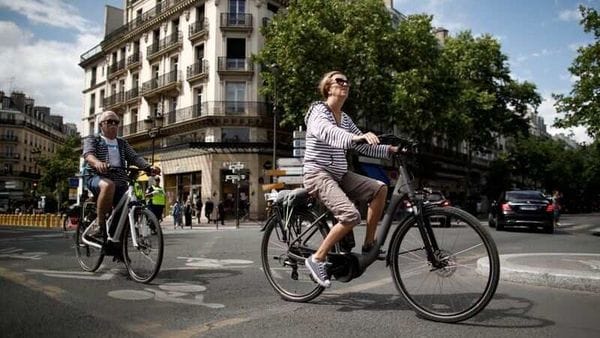 France has decided to offer incentives to the owners of old, polluting vehicles if they decide to scrap them. The French National Assembly recently approved a draft policy that allows trading clunkers for a 2,500 euro (roughly converted to ₹2.21 lakh) incentive to buy an electric bicycle.

The main aim of the draft bill is to offer assistance with the purchase of electrically assisted bicycles in the event of the scrapping of a polluting vehicle. If the draft bill gets through the Parliament, France will become the first country in the world to offer people the chance to trade in an ageing vehicle for an electric bicycle, the French Federation of Bicycle Users (FUB) said.

"For the first time it is recognised that the solution is not to make cars greener, but simply to reduce their number," Olivier Schneider of the FUB was quoted by Reuters.

The government amendment provides for an existing conversion bonus extended to people wishing to replace an old polluting vehicle with an electrically assisted bicycle, as well as a 'bicycle bonus' in particular for the acquisition of more expensive bikes which allow much more varied uses.

The French bicycle market jumped in 2020 by 25% over one year, propelled by the Covid-19 crisis and government measures, according to Union Sport & Cycle, which represents the sector.

If the number of bicycles sold remained stable at 2.6 million copies, the turnover exceeded three billion euros, boosted by sales of electric bicycles, sold 2,079 euros on average. With more than 500,000 units sold in 2020, electrically assisted bicycles now represent one in five bicycles sold in France (more than 29% over one year). In particular, sales of electric mountain bikes have has gone up exponentially.

In a preliminary vote, the French lawmakers in the National Assembly approved the measure which is part of the review of its Climate law. This is an amendment to the draft bill which aims to reduce greenhouse emissions by 40% in 2030 from 1990 levels.