Formula One: Lando Norris fastest, Lewis Hamilton ‘freshest’ in round one tests

Wednesday marked the first of three consecutive days of testing in Barcelona. Three more are scheduled for March 10-12 in Bahrain ahead of the season-opener on March 20.
By : HT Auto Desk
| Updated on: 24 Feb 2022, 09:47 AM 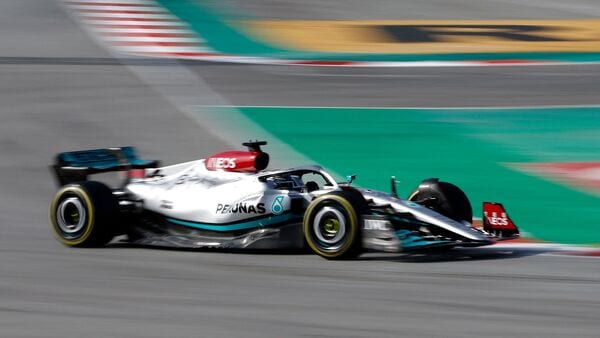 Formula One 2022 season is just a few weeks from kick off. Ahead of the season opener, new F1 cars have taken to the tracks at the Circuit de Barcelona-Catalunya in Spain for the first rouund of tests.

Defending champion Max Verstappen from Honda Red Bull finished ninth fastest, behind the Alpine of Fernando Alonso. Verstappen went off the track during one of his laps but there were no major incidents throughout the session.

“Everything was working quite well today. It’s been a positive start. We’ve got a lot of work ahead of us to still figure out a lot of things and just waiting and seeing where we are," said Verstappen.

Lewis Hamilton, who is aiming for the record eighth title this season, finished fifth in round one of testing. “I feel the freshest that I ever have. Of course, there are so many different ways you can re-focus and get re-centered, and I would say this (break) was one of the best I’ve ever experienced. It will be interesting to see where everyone comes out and where we stand in the first race," Hamilton said.

Among other teams, Alfa Romeo and Haas struggled the most.

Wednesday marked the first of three consecutive days of testing in Barcelona. This was the first time drivers and teams got a real feel about what to expect this year. F1 this season has introduced new rules in the motorsport. The changes relate to improve racing and try to make the series more competitive, with new front and rear wings and bigger tires.

Three more preseason testing are scheduled for March 10-12 in Bahrain ahead of the season-opener on March 20.