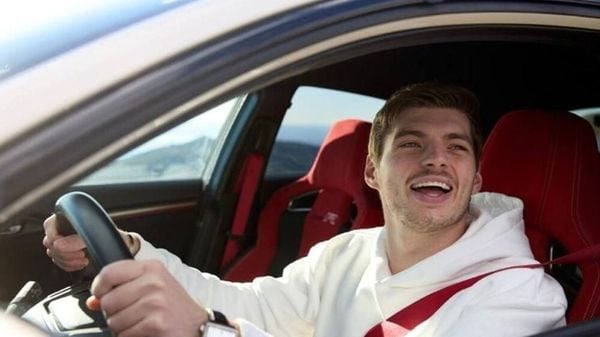 Max Verstappen, 2021 Formula 1 champion, has offered to sell his personal vehicle - a Honda Civic Type R sporty hatchback. The car will be sold through an auction whose proceeds will be donated to charity. Verstappen edged out Lewis Hamilton last weekend in the final race of the 2021 Formula 1 season at the Abu Dhabi Grand Prix.

Max decided to put his car up for sale to benefit the Wings for Life charity, a non-profit foundation created by two-time motocross world champion Heinz Kinigadner and Red Bull founder Dietrich Mateschitz with the aim of to find a cure for spinal cord injuries and paraplegia.

“I am delighted to be able to sell my car for such a good cause as Wings for Life. For one last goodbye to the car, I took it for one last trip, as you can see in the campaign," said Verstappen in a teaser video shared online.

The hot hatch of the F1 World Champion, will be sold through a website, which is expected to reveal the car soon. The teaser video shows Max driving the car and certifying that ‘everything works to perfection’ before the car goes up on sale.

The vehicle will have some Verstappen signatures which include modifications like the two-tone black interior with red accents and the pilot's signature on the dashboard. The exterior colour of the Honda Civic Type R is white. The car has run for more than 58 thousand kilometres so far.

The starting price of the car has been fixed at a little more than 33,000 euros (roughly converted to around ₹28.50 lakh).