Ford is in the midst of a sweeping reorganization as it seeks to reverse declining fortunes. Ford cut 7,000 salaried positions worldwide last year in the first round of the global overhaul.
By : Bloomberg
| Updated on: 01 Sep 2020, 11:27 AM 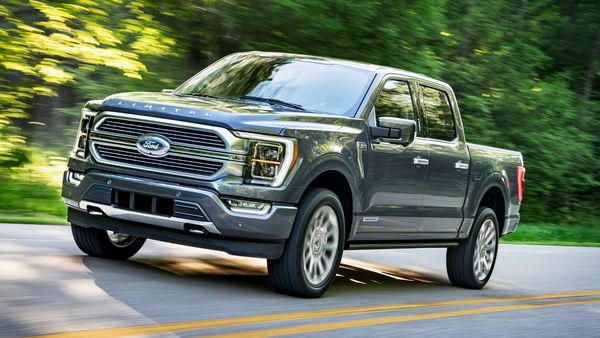 Ford Motor Co. is preparing to trim about 1,000 salaried jobs in North America, looking to its home market for savings as part of an $11 billion global restructuring begun two years ago as it projects an operating loss this year.

The job cuts are aimed at improving the automaker’s efficiency and are not related to rising costs from the coronavirus pandemic, said people familiar with the action on Monday who asked not to be identified revealing internal plans. An announcement could come as early as this week, the people said.

Ford is in the midst of a sweeping reorganization as it seeks to reverse declining fortunes and achieve what Chief Executive Officer Jim Hackett calls financial “fitness." The company expects to report a full-year operating loss for the first time in a decade.

(Also read: Ford vehicles may soon park themselves inside a garage)

Last year, Ford closed plants and eliminated thousands of jobs in Europe, where it has been losing money. In North America -- the automaker’s most profitable region thanks to F-Series pickups -- the cutbacks are smaller and are expected to come in the form of voluntary buyouts. They are in addition to 2,300 previously announced salaried job reductions in the US during Hackett’s tenure.

Ford cut 7,000 salaried positions worldwide last year in the first round of the global overhaul. Those reductions were expected to save the company $600 million a year. The carmaker had a worldwide workforce of 190,000 people at the end of 2019.

A Ford spokesman declined to comment on the latest cuts.

The pain of the pandemic also is being felt keenly elsewhere in the auto industry, with BMW AG planning unspecified cuts to its US salaried workforce to cope. The German automaker is reducing headcount “to align with current market conditions," a spokesman said Monday. BMW’s sales in North America slid almost 40% in the second quarter.

Ford’s latest retrenchment comes as Hackett prepares to retire and make way for Jim Farley, who becomes CEO Oct. 1. Farley has promised to “swing for the fences" and return Ford’s North American region to a 10% profit margin. His first big test will be the complicated launch of a redesigned version of the cash-cow F-150 pickup at two US factories.

Farley, who helped guide the company through a two-month shutdown at the outset of the pandemic, has said he sees a resolve in the workforce reminscent of the company’s existential crisis during the Great Recession of 2009.

“Everyone at Ford knows the situation we’re in," Farley said just before becoming chief operating officer March 1. “I can see it on the faces of my colleagues and it takes me back to about 10 years ago. I’ve seen the look before."

The new round of white-collar job eliminations was first reported by StreetInsider.com.