Ford India is still in talks with protesting workers over severance package as the US auto major decided to stop making cars in the country last year.
By : HT Auto Desk
| Updated on: 25 Jun 2022, 09:01 AM 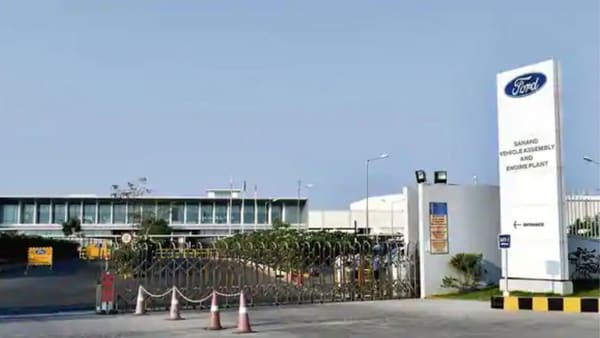 Ford Motor has decided to extend production at its Chennai plant till end of July.

Ford Motor in India has decided to extend production at its Chennai facility in Tamil Nadu till the end of next month. The US auto giant is currently in talks with its workers at the facility who are protesting against severance package offered to them. The decision to extend the production schedule from June to July was taken after talks with the workers. The extension of schedule has been agreed upon until a consensus develops over the workers' severance package.

Ford India had announced last year its decision to stop making cars in the country. In September, it announced that the US-based company will wrap up its India business after incurring nearly $2 billion loss within 10 years of operation. Ford's decision to quit car manufacturing in India has left thousands of its workers looking at an uncertain future. Some of the workers have started protest at the Ford India facility at Maraimalai Nagar near Chennai since May 30.

Facing workers' unrest, Ford decided to resume operations at the facility from June 14. The carmaker had said that the severance package will be offered to only those who joined work from that date to help Ford India to complete its production schedule. It also warned loss of pay for those who resort to strike and protests.

A Ford India spokesperson was quoted by news agency PTI saying, "Pursuant to the employee cascade on June 9, 2022, the company received a positive response, with a vast number of employees consenting to support production in parallel to continuing discussions on the severance package on offer. Over 50 per cent of permanent employees have been supporting production since June 14 and the company has decided to extend production till the end-July 2022. All the employees continuing to support production in July will get wage protection."

"We look forward to having a constructive dialogue with employees and union representatives to explain the details and benefits of the severance package under the supervision of the labour department," the Ford spokesperson added.

The carmaker says it has offered pay for about 115 days of wages to each employee for each completed year of service. Ford says this offer is significantly higher than the statutory severance package. The cumulative package accounts for an ex gratia amount equivalent to 87 days of last drawn gross wages as of May 2022, a fixed ₹50,000 for every completed year of service benefits equivalent to a lump sum amount of ₹2.40 lakh and current medical insurance coverage until March 2024. The cumulative amounts will be subject to a minimum amount of ₹30 lakh and a maximum cap of ₹80 lakh.