Ford is betting big on Bronco to find favour among US buyers but is facing hiccups owing to pandemic-related woes.Some 165,000 potential buyers of Bronco have put down $100 refundable deposits.
By :
| Updated on: 05 Dec 2020, 08:38 AM 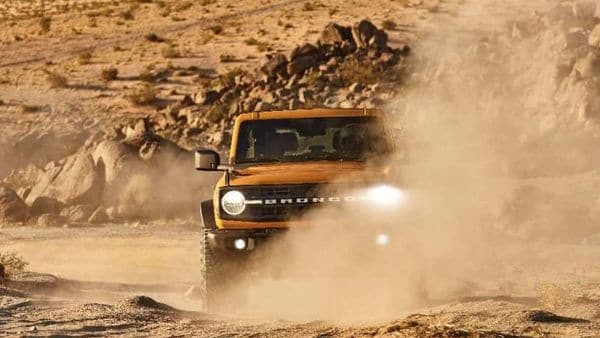 Ford has pinned mammoth hopes on Bronco SUV in the US.

Ford Motor Co. is pushing back by several weeks the launch of its highly anticipated Bronco sport-utility vehicle to next summer because of problems receiving parts from suppliers hamstrung by the pandemic.

The new model, which is considered a linchpin of Ford’s comeback plan, is being delayed from the spring due to unspecified Covid-19-related challenges in its supply chain, Mike Levine, a company spokesman, said Friday.

This is the Bronco’s second postponement after an earlier decision to push back its release following a two-month factory shutdown to slow the spread of the virus.

Shares of the automaker fell as much as 1.3% in postmarket trading after closing at $9.34.

Ford also is delaying the release of a higher-end version of the Bronco -- the Sasquatch package with manual transmission -- to the 2022 model year from year-end 2021, Levine said. The order bank for all versions of the SUV will now open in mid-January, rather than Dec. 7.

“It’s supplier challenges," Levine said. “Until we feel we’ve got the right quality, we’re going to move production to summer."

The delay was first reported earlier Friday by Automotive News.

Ford will build the Bronco at a factory in Michigan alongside its Ranger mid-size truck. A smaller version of the SUV, known as the Bronco Sport, went on sale in the US last month, and Ford said this week it sold 22 in November.

Some 165,000 potential buyers of the larger two-door and four-door versions have put down $100 refundable deposits, the automaker has said. Those reservation holders now have until March 19 to formalize their order and select a dealer, Levine said. They previously had until the end of January.