Ford CEO warns of job cuts, says company ‘absolutely has too many people’

Ford has reported a stronger-than-expected Q2 performance but CEO Jim Farley admits costs are not competitive enough.
By : HT Auto Desk
| Updated on: 28 Jul 2022, 09:15 AM 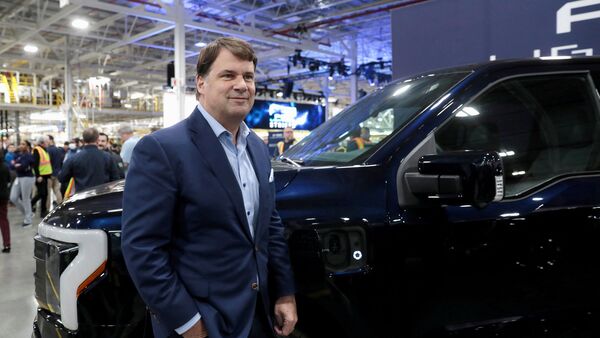 A spate of job cuts may be in the offing at Ford Motor Co. with CEO Jim Farley looking at streamlining processes and hinting at a possible downsizing exercise in the company. Ford has been looking at bringing down costs and needs resources to power its electric vehicle (EV) ambitions.

As per Bloomberg, Farley pointed to Ford having more employees than it actually requires during a call with analysts to discuss the company's Q2 earnings which were higher than previously expected. “We absolutely have too many people in some places, no doubt about it," he reportedly said. "We have skills that don’t work any more, and we have jobs that need to change."

Q2 sales for Ford were up by 50 per cent compared to the same period of last year. The company also reported $2.9 billion in operating cash flow and $3.6 billion in adjusted free cash flow. Farley underlined the strong showing and pointed to the fact that it comes on the back of persisting challenges. And challenges are more than likely to remain in the foreseeable future. “We know our costs are not competitive at Ford. We are not satisfied."

Ford is aiming to have a formidable say in the world of EVs and plans to manufacture around two million EVs each year by 2026. This would require a total fund pump of around $50 billion. And that's a huge figure. Farley is aware that Ford has a rich legacy but the legacy also comes at the cost of a complex structuring from within. “The tension point for us, though, is complexity. Ford is way too complex. We are planning much less complexity in our Blue business and that is a theme that will run through Blue for years to come," he said, referring to Ford Blue, the new name for the unit that is responsible for popular models powered by conventional engines.

But although Falrey has been candid in his admission of flab that needs to be cut at Ford, he has not spelt out the process of doing so or given out any timelines.