Wisk Aero and Archer Aviation are rivals in the increasingly crowded market for flying taxis or eVTOL aircrafts.
By : HT Auto Desk
| Updated on: 20 May 2021, 01:15 PM 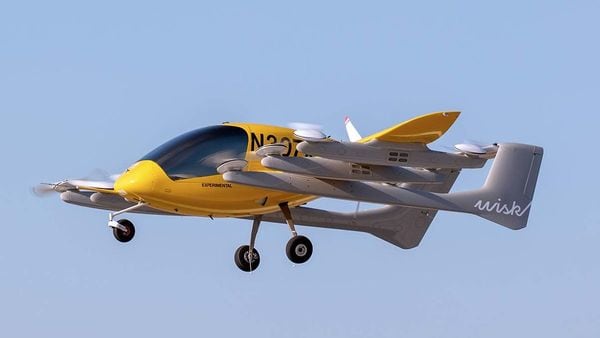 Photo of a Wisk Aero flying taxi in action.

Electric aviation company Wisk Aero, which is planning to launch its first flying taxi in Europe, has filed injunction against one of its rivals accusing it of stealing trade secrets.

Wisk Aero, a startup company backed by Boeing and Google co-founder Larry Page's Kitty Hawk, has moved a US court to stop rival Archer Aviation from using trade secrets reportedly stolen by its employees, who earlier used to work for them.

Wisk Aero and Archer Aviation are rivals in the increasingly crowded market for flying taxis or eVTOL aircrafts. Wisk has accused Archer of infringing on its patents as it seeks to certify its eVOTL aircraft by 2024.

A spokesperson said that Wisk Aero is cooperating with the FBI and US Department of Justice "on their criminal investigation into Archer relating to the theft and use of Wisk’s intellectual property."

A statement issued by the company read, "As detailed in the Complaint, we have discovered significant and troubling evidence indicating that Archer has been using Wisk’s proprietary intellectual property without our permission. Among other things, we discovered the misappropriation of thousands of highly confidential files containing very valuable trade secrets, as well as the use of significant innovations Wisk has patented."

The crux of the problem lies with the design of the flying taxi from Archer Aviation. Wisk claims that the design that Archer released for its eVTOL aircraft was particularly surprising. "It appears to copy the same design that Wisk developed and submitted in a confidential patent application to the U.S. Patent and Trademark Office in January 2020," it said.

The eVTOL aircraft are known for its ability to take off and land vertically like helicopters are being used by companies like Wisk and Archer to revolutionise the concept of flying cars.

The development comes amid reports that the European Union Aviation Safety Agency (EASA) estimates flying taxis could enter service in the region in the next three years. Several app-based ride hailing companies, like Uber, are also planning to offer such aerial rides in the next few years.