Gadkari also highlighted the need for including road projects in the country into the ambit of insurance.
By : PTI
| Updated on: 29 Jan 2020, 11:30 AM 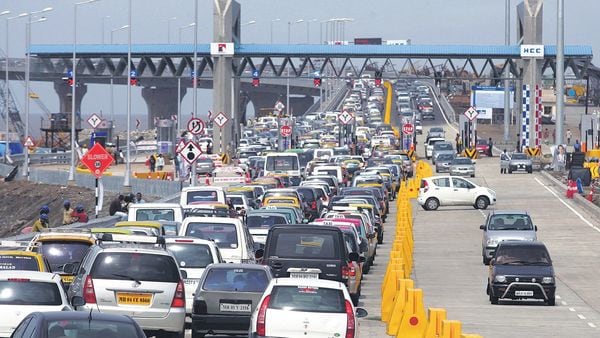 Union Minister Nitin Gadkari on Tuesday said five banks are willing to provide ₹2.5 lakh crore for highway projects, and stressed on the need for insurance of infrastructure projects.

The road transport minister also said the government is contemplating to create a Motor Vehicle Accident Fund for hit and run cases.

"About five banks are willing to give us around ₹2.5 lakh crore in our projects. Our projects are economically viable," Gadkari said while addressing a workshop on Motor Vehicle Insurance and Road Safety here.

He said the National Highways Authority of India (NHAI) has 480 bankable projects and its toll operate and transfer (TOT) model has been a success.

Gadkari also highlighted the need for including road projects in the country into the ambit of insurance.

"Several countries in the world are following the practice of insuring infrastructure projects. These include Canada, Australia, USA, South Africa and UK," he said.

The minister said that the Supreme Court has made it mandatory for all new two wheelers to have a five-year third party insurance.

Similarly, for cars and commercial vehicles, it is mandatory to have a three-year third party insurance.

Under the third party insurance, the responsibility of compensating an accident victim shifts from the vehicle owner to insurance company.

Underlining the importance of insurance, Gadkari said that with a little procedural change in insurance practices, the death rate due to road accidents can be brought down significantly.

He said the ministry is considering forming a Motor Vehicle Accident Fund, which will compensate in hit and run cases.

The Fund will also be used for medical treatment of accident victims.

He said, the compensation amount in hit and run cases has been increased to ₹2 lakh, while for the injured people in such cases, it is now ₹50,000.

The minister said provision has been made in the Motor Vehicles Act to protect those helping the accident victims.

The government is also contemplating making provision to protect doctors, nurses and other medical staff from hassles in such cases, he said.

Expressing concern over high number of 5 lakh road accidents per year in which 1.5 lakh people are killed, the minister said that those behind faulty DPRs (detailed project report) will not be spared and FIRs could also be lodged against them.

At the same time, he warned that non-performing officials will be shown the exit door.