The company says the airbag covers are held by clips that can loosen and disengage over time and get hurled at drivers in case of the vehicle is involved in a road accident.
By : HT Auto Desk
| Updated on: 12 Jul 2020, 04:18 PM 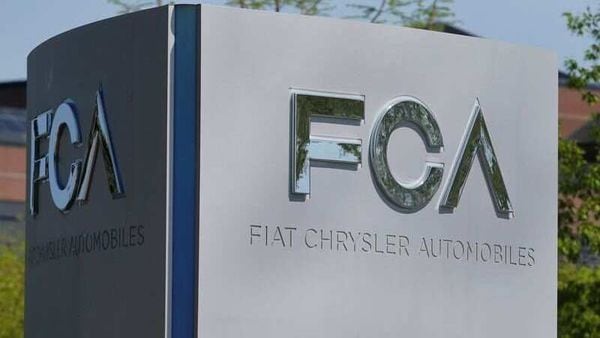 Fiat Chrysler has decided to recall more than 1.2 million older minivans and SUVs worldwide for faulty airbag covers. The company said that plastic emblems on the steering wheels in these cars can loosen and become projectiles if the driver’s air bag is inflated in a crash.

The decision comes days after the company recalled around 95,000 Jeep Cherokees. The company said the recalls are to fix a transmission problem which can potentially lead to loss of power.

The latest recalls involve Chrysler Town & Country and Dodge Caravan minivans produced between 2008 and 2010, as well Dodge Nitro SUVs from 2007 to 2011.

Fiat Chrysler issued a statement saying that it has 14 reports of drivers being injured because of the problem.

The company says the airbag covers are held by clips that can loosen and disengage over time and get hurled at drivers in case of the vehicle is involved in a road accident. The company also said, no one seating on the rear seats are vulnerable due to this issue.

Fiat Chrysler has also asked owners of these vehicles to keep an eye on the airbag covers and look for the loose emblems. It has also warned the customers against tampering and instead contact a dealer to resolve the issue.

Fiat Chrysler said that the owners of the vehicles being recalled will be notified of the recall starting next month. Dealers will replace the air bag covers on the steering wheel at no cost to owners.

Last month, Fiat had to recall nearly one lakh Jeep Cherokees produced between 2014 and 2017, mostly sold in United States and Canada. The Jeep Cherokees being recalled to fix a transmission problem are mostly all-wheel-drive models produced between 2014 and 2017. They all have a two-speed Power Transfer Unit, also known as the Active Drive II or Active Drive Lock. The system simulates the sort of two-speed transfer case found in many part-time four-wheel-drive trucks and SUVs. The features are optional on multiple trims and standard on Trailhawk models.

However, there have been no major incident so far with Cherokees yet due to this problem. The company documents posted by the US National Highway Traffic Safety Administration says it has one report of a crash with no injuries. It also has 829 warranty claims and three field reports due to the problem.