Ferrari earns as much profit selling 1 car as Ford does selling 908: report 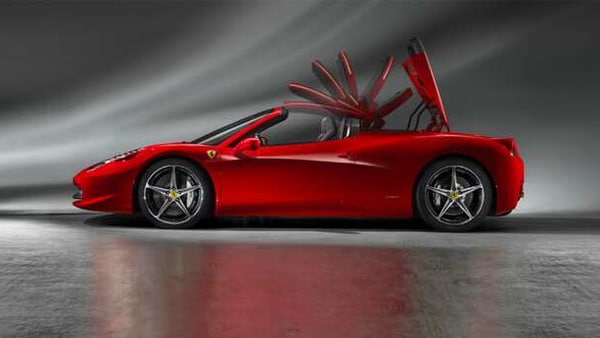 Ferrari has reportedly sold 10,131 units across the world in all of 2019. (Image used for representational purpose. Courtesy: Twitter/@Ferrari)

Ford vs Ferrari may have been one of the most thrilling automotive movies of 2019 but in the real world of current times, there is really no competition. Not in terms of profits earned anyway. A recent report has claimed that the supercar manufacturer is far ahead in terms of profits it earns per unit sold than every other manufacturer in the world.

According to the report by Fiat Group World based on data provided by manufacturers, Ferrari earned a handsome profit of $94,000 for every car it sold in 2019. The Italian and iconic brand is far ahead of direct and indirect rivals with BMW needing to sell 30 cars to make as much profit. The figures for Toyota (44), Volvo (45), Volkswagen (56), PSA (65) and Mercedes (67) also reveal just how much volumes need to be pushed to sale to match Ferrari's profit from selling just one of its cars. Interestingly, Ford has to sell 908 units while Japanese car maker Nissan has to sell 926 units to match Ferrari's profit margin from one unit.

Ferrari had reportedly sol 10,131 units across the world in all of 2019 and while that may still be lesser than some other brands in the supercar business, its profit margin has been significantly high. Market analysts also note that for it to sell as many units and earn spectacular profits without any SUV in its product portfolio is commendable. This is especially because there is a growing demand for SUVs in several markets across the world and this has prompted some traditionally sedan or coupe makers to turn attention to bulkier vehicles.

It is not that Ferrari is not exploring going down the road in an SUV in the times to come. While former Ferrari boss Sergio Meachionne had famously said in 2016 that one would have to shoot him first before Ferrari would make an SUV, times have changed since and the company is readiying its first-ever SUV - Purosangue - for an unveiling in 2021. The vehicle is expected to take on its rivals from Porsche and Lamborghini by the horns and while there is no word on when - and if - it would be on sale, the intent is quite clear.