NETC FASTag has put an end to the claims made in the viral video by issuing an official statement saying that the device is absolutely safe from unauthorised financial transactions.
By : HT Auto Desk
| Written By : Prashant Singh
| Updated on: 25 Jun 2022, 15:06 PM 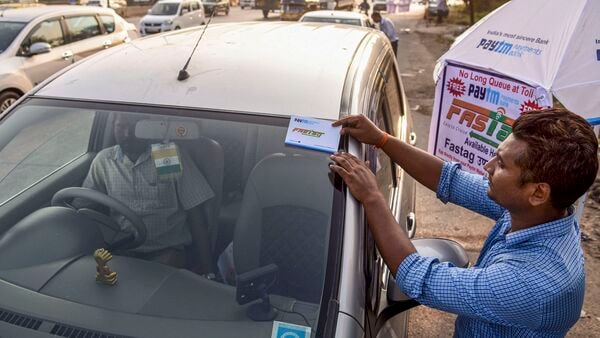 India switched to the digital form of toll tax payments via FASTag a few years back. The use of this technology has in a way transformed the entire toll tax infra in the country. However, only recently, a video was seen doing rounds on the internet questioning the safety of the FASTag devices/scanner.

As per the video (below) a car cleaning kid was seen siphoning money from FASTag attached to the front windshield of the vehicle. The kid was seen wearing a smartwatch, and moving his device against the FASTag sticker, appearing as if he is trying to scan the tag. A user named Sergeant Bikash posted the video on the micro-blogging site.

(Also Read: Selling your car? Here's what to do with the FASTag attached)

“The Loot party new mode of loot. Be aware of this. Watch both part carefully how Apple wrist watch used for," the user tweeted as caption for the video.

The video has received multiple likes and replies, triggering a discussion over the safety of the FASTag devices. However, an official statement has now been issued by FASTag in which it has been clearly mentioned that such fraudulent transactions aren't possible, putting an end to the claim made in the internet video.

“No transactions can be executed through open internet connectivity," replied FASTag NETC on Twitter.

Please note that there are baseless and false videos circulating on Social media. Do understand the below points:

1. No transactions can be executed through open internet connectivity. pic.twitter.com/AKqvcpVE1z

In the following official statement, FASTag explains, “NETC FASTag transactions can only be initiated through registered merchants (toll and parking plaza operators) which are onboarded by NPCI only from the respective geo-locations. No unauthorised device can initiate any financial transaction on NETC FASTag. It is absolutely safe."