F1: Ferrari falters as Verstappen wins in Hungary, Mercedes gets podium too

Lewis Hamilton and his Mercedes teammate George Russell made it to the podium behind Red Bull Racing's Max Verstappen, who has now extended his lead over Ferrari's Charles Leclerc to retain Formula 1 championship this year.
By : HT Auto Desk
| Updated on: 01 Aug 2022, 09:00 AM 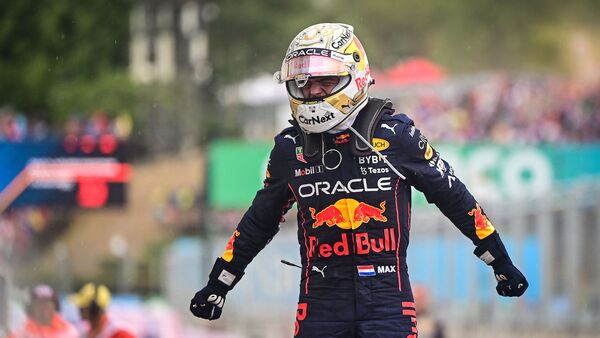 Another race, another blunder from Ferrari helps Max Verstappen extend his lead over other drivers in this year's Formula 1 championship at the Hungarian Grand Prix on Sunday. Ferrari's Charles Leclerc made three pitstops dropping from a potential victory to sixth place, while both Mercedes drivers Lewis Hamilton and George Russell made it to the podium. Red Bull's Max Verstappen now has eight wins in 13 races despite starting from 10th on the grid as well as suffering a 360 degree spin. The Dutch driver now has a massive 80 points advantage over Leclerc in the drivers standings.

Hungarian Grand Prix also raised hopes for Mercedes to make a comeback of sorts and take on Ferrari to finish second this season when racing resumes later in August after summer break. Ferrari currently has 334 points in constructors championship with Mercedes placed third with 304 points. Hamilton, who has won in Hungary a record eight times, finished with the fastest lap honour in Budapest.

"Amazing result. Who would have thought when we woke up that we were going to win the race," Verstappen said after winning the 28th Formula 1 race in his career. He now has 258 points and is the clear favourite to defend his championship title successfully.

Ferrari now has plenty to worry as many feel the team's blunders on track is making it easy for the Red Bull Racing team. On Sunday, Leclerc admitted the decision to switch to hard tyres before picking the soft ones had been a blunder. "That's where I lost the race basically. I lost 20 seconds with the pit, another six seconds on five laps on the hard because I was just all over the place on the tyre," Leclerc said after the race.

Formula 1 will now go on a four week break before the 14th race of the season kicks off at Belgium's Spa-Francorchamps on August 28.