France has opened investigation against Carlos Ghosn, an auto executive-turned-fugitive, for possible tax evasion during his three years as the head of Renault and Nissan Motor.
By : Bloomberg
| Updated on: 15 Dec 2020, 16:04 PM

Carlos Ghosn, an auto executive-turned-fugitive, is being investigated in France for probable tax evasion during his last three years as the head of Renault SA and Nissan Motor Co., according to an someone familiar with the matter.

Ghosn and French tax authorities have been discussing the matter since the middle of last year whether the former chief executive officer should have been considered a French resident during 2016, 2017 and 2018, said the person, who asked not to be named because the information isn’t public. Ghosn declared in 2012 that he had moved to the Netherlands and was subsequently treated as a non-resident, the person said.

The newspaper Liberation reported Monday that a French judge allowed authorities to seize almost 13 million euros ($16 million) in assets from Ghosn and his wife, Carole, pending the outcome of the probe. Authorities are preparing a “major" tax adjustment, the paper said.

The tax probe adds to Ghosn’s legal woes in France, where authorities are already investigating his role in expenses covered by Renault and the Dutch subsidiary that oversaw its alliance with Nissan. Ghosn was arrested in Tokyo two years ago and accused of financial crimes including underreporting his compensation at Nissan. He has denied the charges and escaped last year to Lebanon. 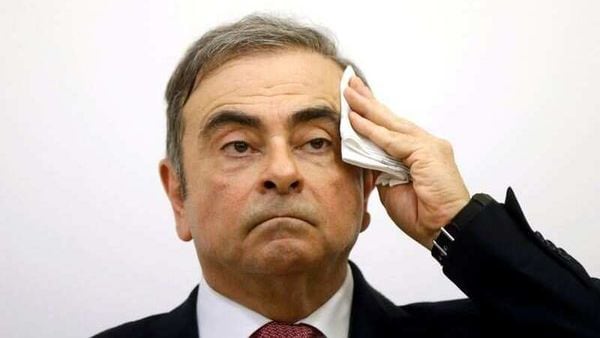 The assets seized include an apartment in Paris owned by Carole worth 5.9 million euros, half the ownership of a house in the western suburb of L’Etang-la-Ville and shares in Renault, according to the report, which didn’t say where the information came from.

French Finance Minister Bruno Le Maire on Monday declined to confirm a probe into Ghosn’s tax affairs. While he has access to information about these kinds of investigations, Le Maire said he wouldn’t intervene.

In his book published last month, Ghosn said he used his residence status in the Netherlands as a “signal of neutrality" since he headed the three-company alliance that also includes Mitsubishi Motors Corp. It was also justified by the salary he was paid by the Renault-Nissan BV subsidiary, he wrote.

In separate probes, authorities in France are investigating the former Renault chairman’s interactions with a car distributor in Oman and spending on events and trips that may have been personal, as well as payments that Renault-Nissan BV made to consultants. Ghosn said last month that French criminal investigators will travel to Beirut next year to question him.

“Why should I flee the French judiciary?" he said in a broadcast interview. “I will answer the questions that come my way. I have a clear conscience."

Ghosn also said he won’t risk traveling to France and Brazil out of fear that any problem along the way could give Japanese authorities an opportunity to obtain his extradition. He said he is forced to remain in Lebanon and retains armed bodyguards.