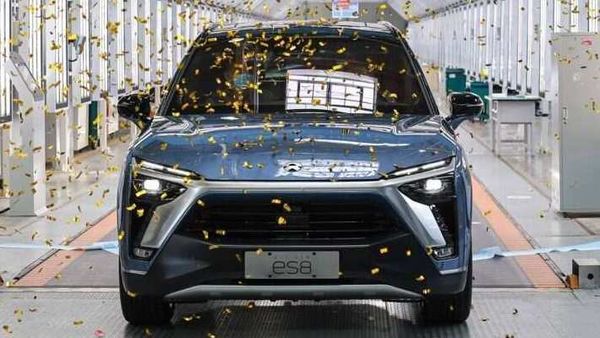 The sleek ES8 and ES6 SUVs are attracting buyers as the coronavirus pandemic eases in China, helping NIO’s stock price to more than triple this year. As the country’s electric-vehicle makers battle for survival, NIO is getting closer to securing a position as a longer-term challenger to Tesla Inc. in the world’s largest EV market.

A cash injection from a regional government and a fresh credit facility from local banks helped NIO clear near-term funding hurdles this year. After losses accumulated, the company had said late last year it didn’t have enough money to continue operating for another 12 months unless it raises more funds.

The company, which had an initial public offering in New York in 2018, also slashed jobs and scaled back marketing expenses to stem losses. Gross margin, or revenue minus production costs, was positive for the first time in the second quarter.

NIO has delivered 17,702 vehicles so far in 2020, more than doubling from a year ago even as China’s EV market sputtered. Analysts at Morgan Stanley this month raised their 2022 volume forecast for NIO by 20% to 125,000 vehicles, saying the company is now “motoring beyond startup mode."

Yet NIO lags far behind Tesla, whose registrations in China topped 50,000 in the first half. The US giant is also preparing to start producing the Model Y crossover at its Shanghai plant, making competition more intense.

And more rivals are seeking additional funds as China’s EV market recovers. Li Auto Inc. raised $1.1 billion in late July, followed by Xpeng Motors filing for an IPO this month. WM Motor Technology Co. is weighing an initial stock sale in Shanghai as soon as this year, people familiar with the matter said, and Hozon New Energy Automobile Co. is targeting a listing in the same city possibly next year.