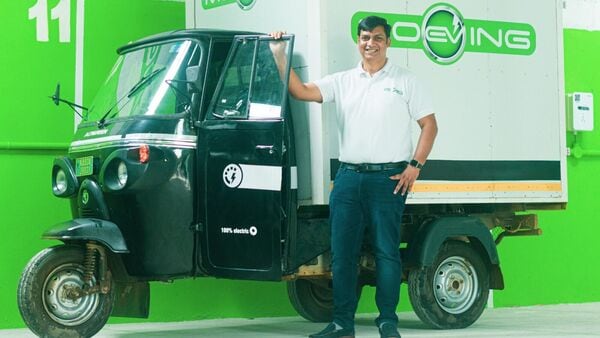 E-mobility tech platform MoEVing has announced that it is expanding its operation to various Tier-II cities in the country including Punjab, Uttar Pradesh, Rajasthan, Gujarat and Tamil Nadu. Thus, it plans to deploy 5,000 more electric vehicles in these markets this year. The company already has over 1,000 electric two- and three-wheelers in operation, and it will soon add more to its fleet.

MoEVing is already present in 16 cities spread across 11 states including Chandigarh, Ludhiana, Lucknow, Jaipur, Ahmedabad, and Coimbatore. It will soon add four more cities to its network - Surat, Meerut, Agra and Jalandhar. The company plans to bring electrification to its fleets in Tier-II cities, accelerating EV adoption further.

The company has plans to scale up its fleet to 10,000 EVs along with 100 charging hubs in 30 cities by 2023. Highlighting the importance of electrification of commercial vehicle fleets, the company's co-founder and CEO, Vikash Mishra, said, “This decade's biggest mobility-energy disruption is going to be led by commercial vehicle electrification, to start last mile intra-city delivery vehicles."

He added that MoEVing currently has 20 customers across top e-commerce, e-grocery, FMCG, logistics and D2C companies "who are committed to accelerate electrification not just in Tier-I cities but in Tier-II cities and beyond". He added that the current pulse of the delivery industry is being driven by quick commerce which is growing even faster in Tier-II/III cities nationally.

In a similar move earlier this month, electric vehicle manufacturer Euler Motors joined hands with EV charging solution provider Magenta to deploy 1,000 HiLoad electric three-wheelers in Bangalore followed by other regions over the next 12 months. The Euler HiLoad EVs will be deployed for different applications including e-commerce, food delivery, pharma and other last-mile logistics services.