Eicher Motors on Thursday reported a consolidated net loss of ₹55 crore for the first quarter ended June 30, with sales adversely hit due to COVID-19 pandemic.

The company had posted a net profit of ₹452 crore in April-June period of last fiscal.

Total revenue declined 66 per cent in first quarter to ₹818 crore as compared with ₹2,382 crore in the same period of 2019-20, Eicher Motors said in a statement.

"The previous quarter put forth unprecedented challenges for the industry and for Eicher Motors. However, we believe that the long term potential for both Royal Enfield and VECV is very promising," Eicher Motors Managing Director Siddhartha Lal said.

Towards the end of the quarter, the company witnessed encouraging consumer sentiment which was evident in sales for the month of June, he noted.

"We believe that this trend will continue into this quarter as well," Lal said.

On a standalone basis (Royal Enfield business), the company reported a profit after tax of ₹12 crore. 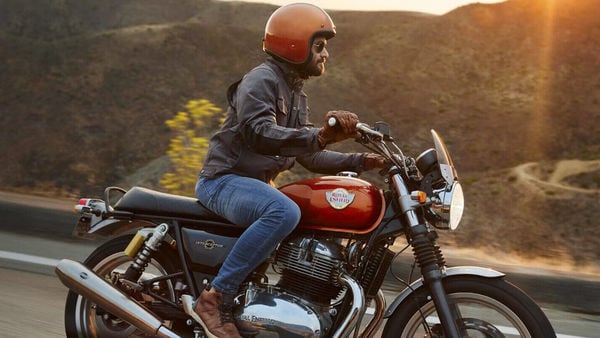 "Demand from semi-urban and rural towns has picked up well, and our network of studio stores across the country have been able to cater to this demand," he noted.

There is pent up demand and the company is optimistic about stronger recovery once supply chain stabilises, Dasari said.

Royal Enfield's manufacturing units resumed operations on May 6 after being suspended on March 23, 2020.

Retail operations have also resumed through the unlock phases in a staggered manner, Dasari said.

"We now have 921 dealerships and 638 studio stores open and functional across the country," he noted.

VECV, company's joint venture with Volvo Group, reported 72 per cent drop in revenue to ₹641 crore during the first quarter as against ₹2,255 crore a year ago.

Net loss stood at ₹120 crore as compared with a net profit of ₹38 crore in the same period of last year.

Lal said the company has always remained focused on its long-term plans and has rolled out initiatives to improve efficiencies, productivity and further upgrade processes.

VECV registered a 84 per cent decline in sales with 2,129 units as against 13,331 units sold in the first quarter of last year.

The company's manufacturing facilities have resumed operations with gradual easing of restrictions.

"We expect the situation to gradually improve starting from the festive months led by infrastructure investments and strong pent up replacement demand," VECV MD and CEO Vinod Aggarwal said.

VECV has signed an agreement for integration of Volvo Bus India (VBI) business into VECV.

This will cover the manufacturing, assembly, distribution and sales of Volvo buses in India, and other rights forming part of the business, the company said.