Home Auto News Driverless Hyundai Ioniq 5 Ev Taxis May Be Common As Early As 2023. Here's How

Driverless Hyundai Ioniq 5 EV taxis may be common as early as 2023. Here's how 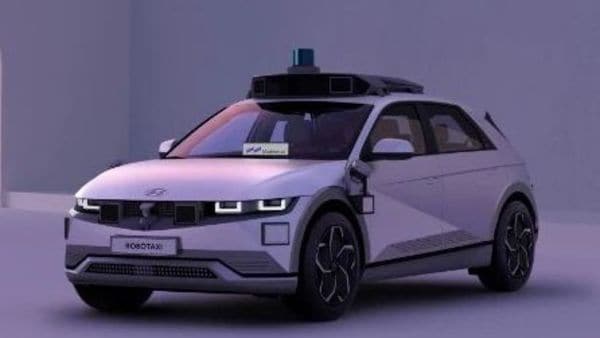 Hyundai Ioniq 5 is already creating a lot of buzz in global markets but in the near future, the Ioniq 5 electric vehicle may emerge as a robo taxi without the need for any human behind the wheel. Hyundai s joint venture with Aptiv, Motional, announced that that autonomous based robotaxi will be available from as early as 2023.

Based in Boston, Motional – a key player in the development of autonomous vehicles – aims to change the concept of mobility in the world and has created the Ioniq 5 Robotaxi combining Hyundai's safety features. The company also informed that these autonomous robotaxis are ready for mass commercialization around the globe. Hyundai added that Ioniq 5 Robotaxis have been developed keeping in mind safety and affordability for future transportation.

As electrification and autonomous driving technology are taking long strides, this Ioniq 5 Robotaxi provides a perfect glimpse into the future of mobility. Based on the all-electric Hyundai Ioniq 5, this robotaxi gets an SAE Level 4 autonomous vehicle technology that will make it capable of movement without a driver. To ensure passenger safety, these electric autonomous taxis have sensors, redundancies and Remote Vehicle Assistance (RVA).

With over 30 sensors that are a combination of LiDAR, radar, and cameras, this EV will have 360-degree vision, as well as the redundant coverage that is needed for operating safely in a wide range of driving environments. The RVA will gear up the EV to tackle unfavourable scenarios such as construction zones, road flooding, or even rash behaviours from other fellow drivers. If any of these happen, a Motional remote operator will connect to the vehicle’s autonomous system instantaneously and will provide the car with an alternate route or give other assistance, said Hyundai.

The exterior of the electric car has also been zhuzh up to make it stand out of the crowd. The company has displayed the sensors attached to EV prominently to make it easy for passengers to identify it. “In this way, the robotaxi design has taken a similar approach to the design process for WRC rally cars as the performance-enhancing ducts on our rally cars are also displayed prominently on the exterior to show everyone that they’re looking at, or stepping into, a high-performance vehicle," said Hyundai.

The automaker has also prepared the interior to give its users the feel of autonomous driving. With Hyundai’s Electric Global Modular Platform (E-GMP), the Ioniq 5 robotaxi’s interior will provide the space and comfort to work or relax during their ride. It will also feature a suite that will help the rider to interact intuitively with the electric vehicle. “Users will be able to direct the robotaxi to make an extra stop, for example," mentioned the automaker.

(Also read | Hyundai to focus on EVs, scale down production of ICE vehicles by half: Reports)

Hyundai also mentioned that the autonomous system in the Ioniq 5 robotaxi has been repeatedly put to test to ascertain that its complete safety. The automaker claimed that the technology has been tested using four vehicles in multiple cities and continents to expose the EV to a variety of driving scenarios. The robotaxi will also sport a second backup system that will immediately start working if the first one fails, said Hyundai. This will cover brakes, steering, communication, and power of the electric vehicle.