Skoda Auto India intends to sell at least 60,000 units next year as it brings new products.The company's workshops are currently not fully operating because of the government norms but will start reopening by the end of the month.
By : PTI
| Updated on: 13 Jun 2021, 01:31 PM 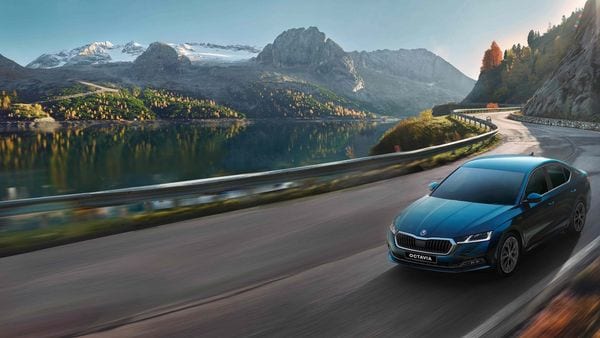 Czech carmaker Skoda Auto is confident of crossing its historic peak sales volumes in India achieved nearly a decade ago by the middle of next year as it continues ramping up and launching new products despite businesses being hit by the second Covid-19 wave, according to a senior company official.

Skoda Auto India, which hit its peak volume of 34,265 units in 2012, is targeting to sell at least 60,000 units next year as it brings new products, including those under Volkswagen group's India 2.0 project.

"Historically, we sold around 35,000 cars in India (peak volume) and I think next year we will surpass that number, probably in the middle of the year already. We plan to sell at least 60,000 cars. So certainly we are on a huge growth path and the long term plan is to sell 1 lakh cars (annually) in India," Skoda Auto India Brand Director Zac Hollis told PTI. As for 2021, he said the company plans to sell "three times as many cars as last year".

"Last year we sold just around 11,000 cars, obviously heavily impacted by the pandemic but this year with the ramp-up curve and the launch of the new products, we are confident of selling about three times that number this year and then doubling again in 2022," Hollis said.

The sales growth will be driven by new products that the company is bringing to the market, including the newly launched fourth generation Octavia sedan and the upcoming SUV kushaq along with a mid-sized sedan at the end of the year.

"There is nothing like new cars in the marketplace to drive sales. We are bringing this year four new cars in total and I am very confident that these will drive customer demand," Hollis said. However, he said "it is difficult at the moment" due to the second wave of the COVID-19 and restrictions imposed by the government to combat the virus.

"We still have just about one-half of dealerships actually open. Most of our dealerships in the west, the north are open to some extent and in the south are not open yet. So it is not the total car business," he said, adding it is very difficult to tell at the moment exactly the market situation.

The company's workshops are also not operating in full capacity because of the government norms, Hollis said, however, adding these will start reopening by the end of the month and many more of the dealerships will also reopen by July.

Bullish on the Indian market despite the impact of the pandemic, he said, "When it comes to customer demand, at the end of the last pandemic (first wave) we saw a big upsurge in demand for cars. This is partly because of people feeling good about how the end of the pandemic is there but also about people seeking their own form of transport."

Stating that people preferred personal transport over public transport, which was evident last year, he said it will continue this year as well and with the economy expected to "bounce back quite quickly", car sales will continue to be on the upswing.

"I am confident that by bringing new cars to the marketplace we will perform very strongly," Hollis said. When asked if the second wave of the pandemic has forced the company to change its targets under India 2.0 project, Hollis replied in the negative. "We stick to all our plans. All our plans are unchanged. I believe the car market in India will recover," he said.

In 2018, the German auto major Volkswagen Group announced an investment of 1 billion euros (around ₹7,900 crore) between 2019 and 2021 as part of a strategy to enhance presence in India which will be led by group firm Skoda Auto. Under the India 2.0 project of the group, by 2025 Skoda and Volkswagen together had set a target of garnering 5 per cent market share in India with the country envisaged to be among the top five markets for the group.

"If we talk about India 2.0, the first car is the Kushaq (SUV) which we will launch at the end of the month and start deliveries next month... At the end of this year we will bring to the market a new mid-sized sedan. It is being launched in the same the MQB-A0-IN platform as the Kushaq. It will rejuvenate the sedan segment in India," Hollis said.