Aston Martin will produce only 150 units of the Valkyrie hypercar.Though the first customer unit of the Aston Martin Valkyrie hyper car has already been built, the company hasn't yet handed it over to the customer.
By : HT Auto Desk
| Updated on: 09 Dec 2021, 09:46 AM 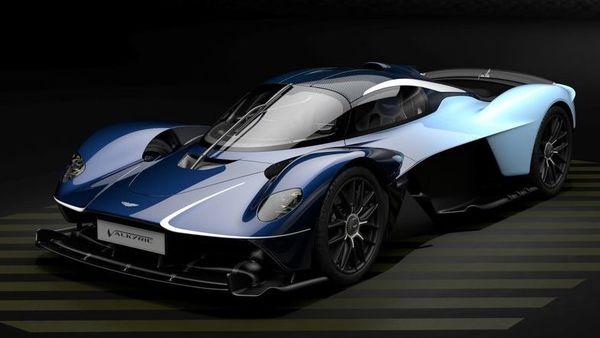 Aston Martin has been struggling with the deliveries of its Valkyrie hypercar due to electronics issues plaguing the company. The $3.2 million hypercar, which is completely sold-out, is an integral part of the carmaker's turnaround efforts to bring the company on a profit recovery path, Bloomberg repoprted, citing sources.

Though the first customer unit of the Valkyrie hyper car has already been built, the company hasn't yet handed it over to the customer. However, Aston Martin expects double-digit deliveries of the hyper car before the year-end. “The first customer car has completed its shakedown, with documentation now being prepared for delivery in the next few days," the company said in an emailed statement, as per the report.

Though Valkyrie is a limited-run special model, analysts have predicted that the model will be important to the company’s year-end earnings, with an expectation that the car maker will deliver at least 49 units this year. The model is being manufactured at the company's UK Headquarters in Gaydon.

Aston Martin will produce only 150 units of the hypercar and a dedicated team of skilled technicians are hand-building each of these, taking over 2000-man hours for each. Each of these units, before the delivery, will be track-tested at the Aston Martin high-performance facility.

The Valkyrie borrows technologies directly from Formula One with a V12 hybrid powertrain under its hood which is capable of generating a power output of 1,155 PS. The hyper car will be delivered alongside the DBX sport utility vehicle that has become the dominant seller in the company's lineup.

The ultra-luxury car maker had also revealed the Spider version of the hypercar a few months ago. Aston Martin Valkyrie Spider comes with a roof and features a powertrain of a 6.5-litre V12 engine that has been combined with a Rimac-developed e-motor. The company plans to build only 85 units of this version.