The link between the two expressways will reduce travel time between Punjab, Haryana, Rajasthan and Uttar Pradesh.
By : HT Auto Desk
| Updated on: 07 Apr 2021, 12:57 PM 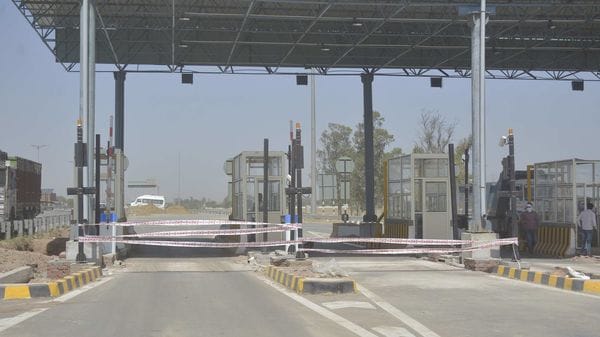 A view of the toll booth on Delhi-Meerut Expressway near the Eastern Peripheral Expressway, at Dasna, in Ghaziabad. (File photo)

The National Highway Authority of India (NHAI) has thrown open the Delhi-Meerut Expressway and Eastern Peripheral Interchange for public from this morning. The crucial interchange, which connects the two expressways, will now help people to easily travel to Agra, Gurugram, Jaipur, Ludhiana and other cities. As of now, the vehicles were not able to climb to the Eastern Peripheral due to the closure of the interchange, which has been set up at Kushalia near Dasna.

Meerut Expressway, near Dasna-Kushalia, passes over the Eastern Peripheral Expressway. NHAI has constructed the interchange here so that vehicles can move swiftly between the two expressways. Late last night, NHAI's Project Director Mudit Garg had announced that there are as many as five separate ramps connecting different parts of UP and Haryana for better convenience of commuters.

Boards have also been set up near all the ramps to help drivers find the right one to switch between the two expressways. There are toll plazas on all five ramps of the interchange.

The Delhi-Meerut Expressway was officially thrown open for commuters from April 1 after much delay. However, the interchange was not opened due to technical reasons. It led to traffic situations near the intersection and led to a few car crashes too.