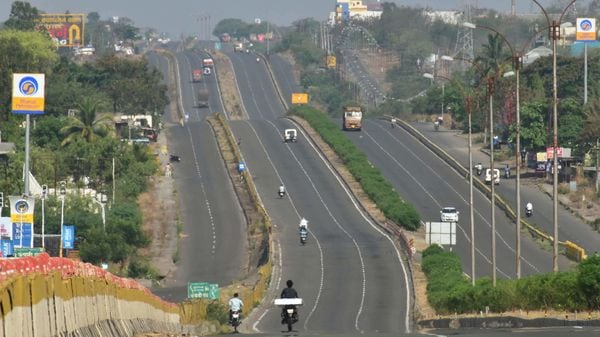 Union Minister for Road Transport and Highways Nitin Gadkari has sanctioned the ₹25,000-crore project to build this highway.

It usually takes about 8 hours to reach Amritsar from Delhi by road. The most popular route picked by motorists is the NH44 via Delhi-Jammu Road to commute between the two cities. Now, the Centre has decided to cut short the time taken down to almost four hours through a new highway.

Union Minister for Road Transport and Highways Nitin Gadkari sanctioned the ₹25,000-crore project to build this highway. On Tuesday, the Centre announced to convert the stretch of Delhi-Amritsar-Katra expressway into a greenfield project.

Last month, Union Minister Nitin Gadkari had announced that the government is planning to build highways worth ₹15 lakh crore in the next two years. Gadkari said he plans to enhance National Highway construction by 2 to 3 times of the present pace in the next couple of years.

Gadkari approved the first phase of the stretch between Delhi and Gurdaspur, which will also pass through Ludhiana and Jalandhar. The greenfield alignment will provide direct expressway connectivity to Amritsar. This alignment, covering about 100 kms, will connect five historic towns in Punjab - Sultanpur Lodhi, Goindwal Sahib, Khadoor Sahib and Tarn Taran, leading up to Amritsar.

The second part of the project is to develop the existing National Highway 3 from Kartarpur to Amritsar bypass as a six-lane access controlled expressway. The overall time take to reach Katra, home to Vaishno Devi pilgrimage, from Delhi will be reduced to less than seven hours through this 575-kms long express road corridor.

Union minister Jitendra Singh said that the Katra-Delhi express road corridor will be ready for operation by 2023. To speed up the process of land acquisition for the new greenfield alignment, the Chief Minister has agreed to an early meeting with the NHAI authorities, as suggested by Gadkari, according to an official spokesperson.

In recent times, Gadkari had said the current Covid-19 crisis can be turned it into an opportunity to address a number of problems which include roadblocks in highway projects. He had urged states and UTs to expedite land acquisition as delays hamper the pace of development and asked them to utilise funds which are remaining unused with them to the extent of about ₹25,000 crore.