Delhi's traffic authorities will take action against cases of drunken driving, performing stunts on two-wheelers, riding without helmets, over-speeding, jumping the red light, dangerous driving or any other traffic violations.
By : HT Auto Desk
| Updated on: 28 Mar 2021, 10:27 AM 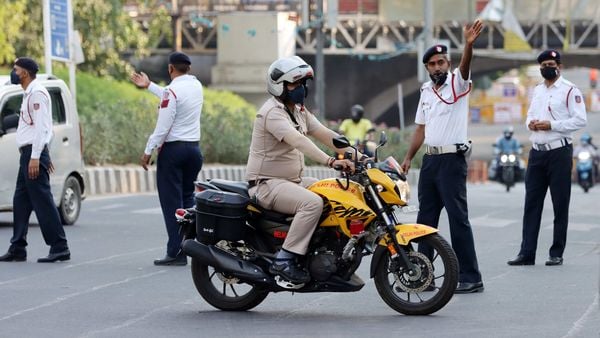 The Delhi Traffic Police has made elaborate arrangements for Holi to make sure the safety of commuters. Special checking teams will be deployed at the city's major intersections to find and prosecute violators of traffic provisions.

The traffic authorities urged all motorists to avoid traffic violations and to follow government directives to not celebrate the the festival at public places. "Special traffic police checking teams, along with PCR and local police teams, will be stationed on various roads and strategic locations all over Delhi to check for violations," Joint Commissioner of Police (Traffic) Meenu Choudhary said.

Strict action will be taken against those found indulging in drunken driving, performing stunts on two-wheelers, riding without helmets, over-speeding, jumping the red light, dangerous driving or any other traffic violations, the city's traffic police department said. To check incidents of over-speeding at various vulnerable roads, Radar guns will be deployed.

(Also read | How to protect yourself while riding bike on Holi: Five key steps)

In cases of drunken driving, red-light jumping, using a mobile phone while driving, dangerous driving and over-speeding, authorities will seize the driving licence of the violators which could also be liable for suspension for a period of minimum three months, as per directives given by the Supreme Court Committee on Road Safety.

The traffic authorities will also take strict action against the owners whose vehicles are found to be driven by minors and unauthorised persons performing stunts or driving without a licence.

Government's latest directives to prevent the coronavirus pandemic include not allowing public celebrations and gatherings, congregations during upcoming festivals such as Holi, Shab-e-Barat, Navaratri at public places like parks, markets or religious places across Delhi. People found violating the directives shall be prosecuted in accordance with law.