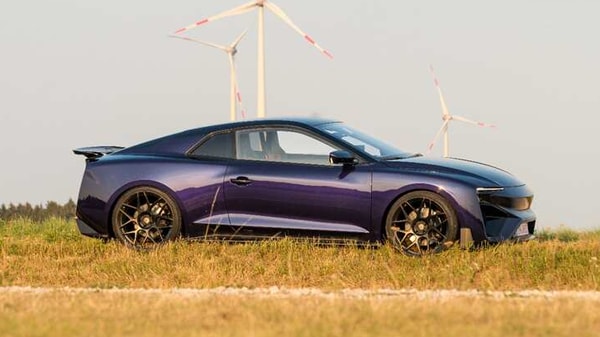 Aiways has a manufacturing base in Jiangxi province and a battery pack factory in Suzhou of Jiangsu province. Photo: Aichi U5

Aichi Automobile Co. is seeking to raise fresh funds that could value the Chinese electric-vehicle startup at more than $2 billion before its potential U.S. initial public offering, according to people familiar with the matter.

China’s ride-hailing giant Didi Chuxing is among potential investors considering participating in the fundraising, said the people, who asked not to be identified because the matter is private. Aichi, better known as Aiways, plans to use the new capital for global expansion, the people said.

Founded in 2017 by Chinese entrepreneurs Samuel Fu and Gary Gu, Aiways has a manufacturing base in Jiangxi province and a battery pack factory in Suzhou of Jiangsu province, according to its website. The Shanghai-based company also has its European research and development and sales center in Munich with a manufacturing base in Denmark.

Deliberations on the fundraising plans are ongoing and details including size could still change, the people said. A representative for Aiways declined to comment, while a representative for Didi didn’t immediately respond to requests for comment.

Didi, which defeated Uber Technologies Inc. in China, has been seeking alliances with car manufacturers to make customized EVs for its ride-hailing service as a more efficient option than traditional fuel-guzzlers. It’s planning to roll out an electric vehicle across several Chinese cities developed with BYD Co., a Chinese EV maker backed by Warren Buffett.