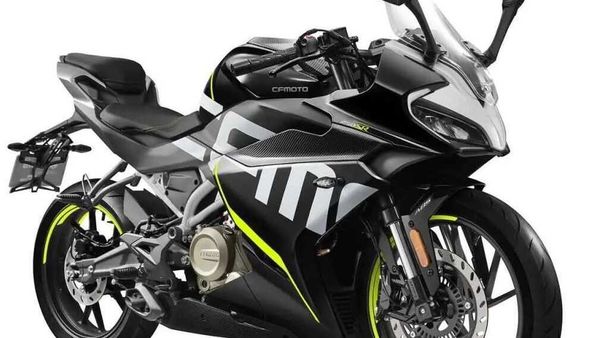 CFMoto started its Indian operations back in 2019. However, the transition to the latest BS 6 emission norms forced the Chinese automaker to hold back its plans to penetrate the Indian market deeper since none of its models such as 300NK, 650NK, 650MT, and 650GT, comply with the latest emission norms.

Now the company has started accepting bookings for its upcoming BS 6 models. Though CFMoto has held back from officially announcing the launch dates of its revised products but expect the new bikes to arrive this festive season. Also, it goes without saying that the new models will be slightly costlier against the previous models.

Apart from upgrading the previous line-up to BS 6 standards, CFMoto is also expected to launch the latest 300SR which was officially revealed earlier this year. The bike was originally planned to go on sale in the country at in Q2 2020, but the pandemic threw a wrench in its launch plans.

The CFMoto 300SR features a Euro 6-/BS 6-compliant 292.4 cc, single-cylinder, liquid-cooled engine featuring DOHC setup. The engine features Bosch EFI (Electronic Fuel-injection). It pushes out 28.6 PS of maximum power at 8,750 rpm and 25.3 Nm of torque at 7,250 rpm. The powertrain comes mated to a 6-speed transmission along with a slipper clutch set-up.

The bike will most probably be announced in India towards the year-end. Expect its pricing to range somewhere around ₹2.3 lakh to ₹2.5 lakh (ex-showroom).