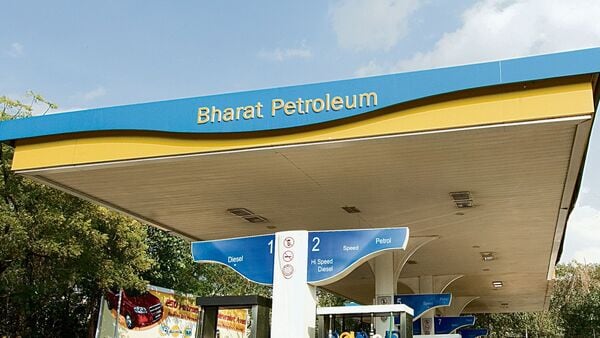 Bharat Petroleum will invest around ₹200 crore this fiscal to set up 100 fast electric vehicles charging corridors having 2,000 stations along the busiest 100 national highways.

Oil marketing company Bharat Petroleum Corporation Limited has announced an investment of around ₹200 crore this fiscal to set up 100 fast electric vehicles charging corridors along national highways. BPCL made the announcement on Wednesday, saying that these corridors, to be set up along the 100 busiest national highways across India, will have 2,000 EV charging stations.

BPCL recently opened its first EV charging corridor along the Chennai-Trichi-Madurai highway with one charging unit. In the next two months, BPCL will soon come up with its second corridor on the Kochi-Salem section.

BS Ravi, Executive Director for retail at BPCL, said, "We have budgeted for around ₹200 crore investment this fiscal as we plan to set up as many as 2,000 fast charging stations across 100 corridors by March 2023." Ravi also said that for the long-term, BPCL has plans to install 7,000 fast EV charging stations in the next three years.

Besides the two fast EV corridors, the third corridor is likely to come up at the Mumbai-Bengaluru National Highway 4. It is expected to have multiple units as the highway has amongst the highest traffic.

In the EV two-wheeler segment, which saw sales jump five fold in the last fiscal, is dominated by Hero Electric with 65,303 units. Hero has a commanding 28.23 per cent share, followed by Okinawa Autotech with 46,447 units and Ampere Vehicles with 24,648 units. Ather Energy stood at fourth position by selling 19,971 units last fiscal while Ola Electric was at the sixth position selling 14,371 units.