In certain markets, MINI offers a manual gearbox variants of all its vehicles, except the MINI Electric.
By : HT Auto Desk
| Updated on: 03 May 2022, 06:59 AM 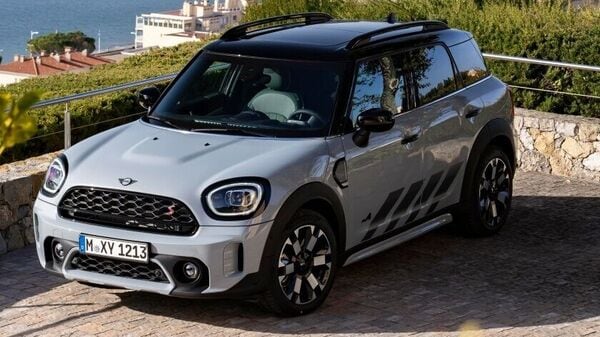 MINI offers a manual gearbox variants of all its vehicles, except the MINI Electric, in certain markets. "The simplified offer is a temporary measure to support the current situation and will be reinstated in the future when circumstances allow," the spokesperson said, adding that “the simplified product offering and the length of time it will last varies globally by market."

Automakers have long been struggling with supply chain woes and semiconductor supplies, leading to production interruptions for companies around the world. That has led some automakers to put the production of certain models on hold while others have paused the sale of certain features, like seat-heating, in order deliver vehicles to customers on time.

Further, the war between Russia and Ukraine has worsened the supply chain crisis as both the countries supply Europe's automotive industry with vital materials for production. Due to Russia’s military aggression in Ukraine and Western sanctions on Russia, European automakers have been left scrambling to produce vehicles.

In a separate development, a MINI John Cooper Works will compete in the legendary 24-hour race at the Nürburgring after a ten-year break. The race has been car entered by the private team Bulldog Racing and built up in Nürburg. The 50th edition of the high-speed race will take place this year from 26 to 29 May on the 25.378 kilometre circuit consisting of the Grand Prix circuit and the Nordschleife of the Nürburgring.