A few months ago BMW officially announced that MINI would be electrified to a much greater extent in the next few years.
By : HT Auto Desk
| Updated on: 13 Mar 2021, 09:59 AM 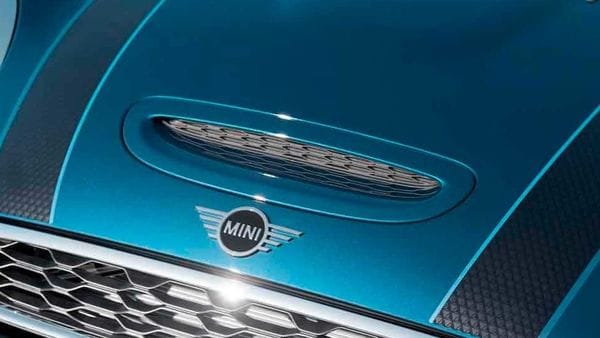 BMW MINI aims to be a purely electric vehicle brand from 2030. (File photo)

In 2030, MINI will be the first brand of the BMW Group to be converted entirely to electric drive. While the Munich-based company has so far not wanted to commit to specific annual figures for the end of the combustion engine at BMW or Rolls-Royce, according to a report there will be an end date for the small car brand MINI from next week.

The report claims, BMW boss Oliver will be Zipse announce the end of combustion engines at MINI at the balance sheet press conference next week.

Mini will follow other prominent carmakers like Jaguar and Volvo in revealing its plans to go fully electric in near future. Tesla's increasing valuations, which has gone up in leaps and bounds in recent times, has accelerated carmakers' shift towards electric mobility.

The message to go fully electric was somehow hidden in the announcement that the last new MINI with a combustion engine will celebrate its market launch in 2025. From then on, MINI aims to move in quick succession to adopt complete electrification of its cars.

As early as 2027, 50 percent of MINI sales should be all-electric cars, before fully electric fleet three years later. The success of the electric MINI , built together with Great Wall in and for China, which is known to celebrate its market launch as early as 2023, will be essential for this.

A few months ago BMW officially announced that MINI would be electrified to a much greater extent in the next few years. The sports car brand John Cooper Works will soon be switched to electric. An electric car with the brute aerodynamics of the MINI JCW GP is already doing its laps on the Nurburgring Nordschleife and should soon prove that it can also achieve high levels of driving dynamics.

The core brand BMW will also become increasingly electric in the next few years, but in all probability there will still be new cars with petrol or diesel engines after 2030. The same applies to Rolls-Royce , but of course the luxury brand from Goodwood has long been thinking intensively about a future without local CO2 emissions. The technology for this is to be provided by the BMW i7, with which the Munich-based company intends to roll silently and cleanly onto the electric luxury sedan market at the end of 2022.