China has also committed $100 billion investment to boost both battery cell production and component parts production of electric vehicles.
By :
| Updated on: 08 Apr 2021, 09:07 AM 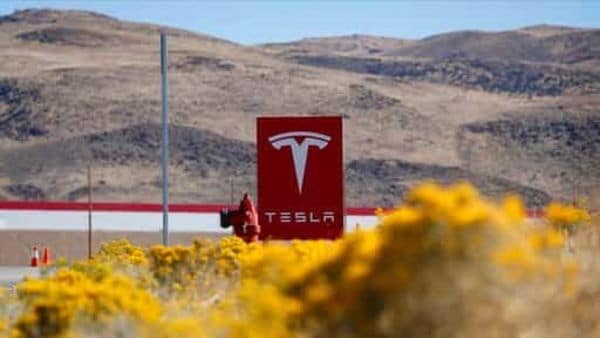 The EV rebates, part of a $2.3 trillion infrastructure and jobs proposal, could be a big boost to U.S. automakers, especially General Motors and Tesla Inc, which no longer qualify for $7,500 tax credits after they sold more than 200,000 zero-emission models.

The Biden administration's $174 billion proposal to boost electric vehicles calls for $100 billion in new consumer rebates and $15 billion to build 500,000 new electric vehicle charging stations, according to a U.S. Transportation Department email sent to congressional staff and seen by Reuters.

The EV rebates, part of a $2.3 trillion infrastructure and jobs proposal, could be a big boost to U.S. automakers, especially General Motors and Tesla Inc, which no longer qualify for $7,500 tax credits after they sold more than 200,000 zero-emission models.

The White House declined to say how the $100 billion would be distributed or how much the grants will be.

In 2019, Senate Democratic Leader Chuck Schumer proposed awarding $392 billion in subsidies for owners to trade in gasoline-powered vehicles at least eight years old and in driving condition for electric vehicles, plug-in hybrid or fuel-cell cars. The old vehicles would be scrapped.

Treasury said in a report the proposed incentives are "to encourage people to switch to electric vehicles and efficient electric appliances."

Senator Debbie Stabenow and Representative Dan Kildee, both Michigan Democrats, have been working on a bill to revise and expand the EV tax credit, they said in a recent joint interview with Reuters.

Kildee wants to skew the credit in favor of vehicles with more affordable vehicles with longer range, to "democratize the electric vehicle market."

He said they are "looking at ways to make the credit more accessible to middle- and lower-income families, potentially even making the credit refundable."

Kildee said EVs are "where the market is going -- full stop. The only question that we have to answer is are these going to be vehicles made by American workers." Kildee said they could also introduce a credit for used EV purchases.

Stabenow said it was important to give automakers incentives to produce electric vehicles in the United States.

"China has committed $100 billion to grab this market -- both battery cell production but also in other component parts of electric vehicles," Stabenow said. "We better take it seriously."

The Biden plan also calls for $80 billion for rail, including $16 billion for Amtrak's national network and $39 billion to fix the northeast corridor especially infrastructure in the New York City-area.