Home Auto News This Indian City Aims To Have An All Electric Bus Fleet By 2028: Know More

This Indian city aims to have an all-electric bus fleet by 2028: Know more

BEST will run the double-decker buses in Mumbai city that will be powered either by electric power or hydrogen fuel cells.
By : HT Auto Desk
| Updated on: 05 Oct 2021, 09:41 AM 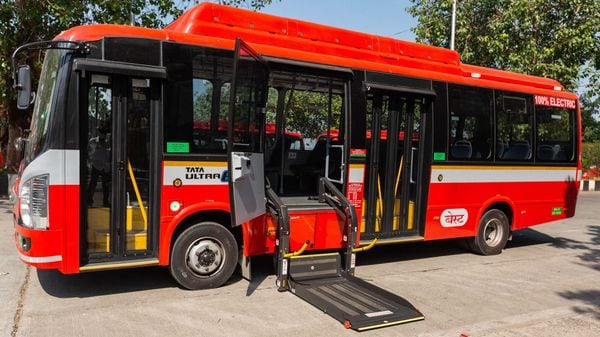 An electric bus delivered to BEST by Tata Motors.

Brihanmumbai Electric Supply and Transport (BEST) will have an all-electric bus fleet by 2028, said Maharashtra environment minister Aaditya Thackeray on Monday. He said that all the new buses to be inducted into the BEST fleet will be electric ones.

The minister further informed that the double-decker buses in the business capital of India will run either on electric power or hydrogen fuel cells. These decisions have been taken as part of the Mumbai Climate Change action plan.

The announcement comes after two and half months of announcing the Maharashtra EV policy. The strategy to introduce a fleet of electric buses has been named Transformative Urban Mobility Initiative or TUMI. Under this strategy, the Maharashtra government will not only roll out electric buses for Mumbai but across the state.

The Maharashtra government is aiming to implement the strategy via multiple public-private partnerships that will be formed to facilitate the transition to electric buses in 20 key cities of the state. The government also plans to cover 100 cities across the state by December 2022. Also, this will help the government to enable its plan to transform 25 per cent of the state's public transport system as electrified, as decided in Maharashtra EV policy.