Autos are driving in the chip industry's blind spot

Inflated hopes for smarter cars packed with semiconductors are another casualty of the coronavirus, as NXP results show.
By : Bloomberg
| Updated on: 29 Apr 2020, 09:36 AM 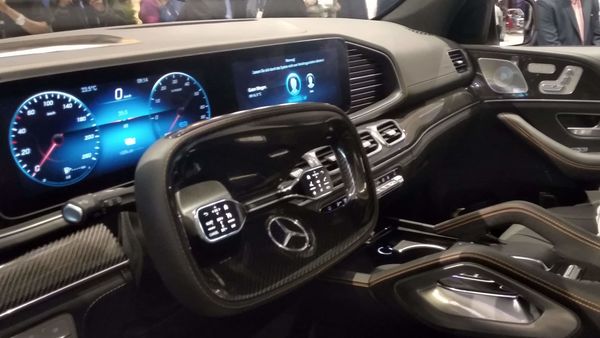 The interior of the Mercedes ESF 2019 autonomous car. (HT Photo)

For years, technologists have been talking about smarter cars packed with sensors, chips and supercomputers that can replace human drivers.

That was enough to get investors excited about the future of automotive semiconductors. An earnings report from NXP Semiconductors NV late Monday reminds us of one slight flaw in the plan: People need to actually buy cars.

The Dutch company said revenue will drop approximately 20% this quarter to around $1.8 billion. The figure is in line with estimates that analysts slashed by 23% over the past eight weeks. NXP cut its first-quarter revenue estimate at the start of March, only to fall short of that mark. The company forecast a second-quarter operating loss of as much as $237 million, versus an estimated deficit of $169 million.

So far this year, much of the attention in semiconductors has been on whether smartphones are a necessity — Xiaomi Corp. thinks so, I disagree — and whether work-from-home and streaming demand will drive server sales enough to make up for the drop in consumer spending. The outlook from Taiwan Semiconductor Manufacturing Co. suggests otherwise.

NXP, however, is playing in a different arena: It got 47% of its revenue from automotive clients last year. The company said Monday that it was “navigating a challenging and very fluid environment."

That’s an understatement. After a 4.5% decline in global automobile shipments in 2018 and a 3.9% drop last year, hopes that the industry might avoid a third year of contraction are out the window as the Covid-19 pandemic hits demand and supply.

NXP isn’t alone. Germany’s Infineon Technologies AG gets 43% of its revenue from the auto sector. This month, the company completed its $9.3 billion(1) acquisition of California’s Cypress Semiconductor Corp. You’ll never guess which sector accounts for 39% of that company’s business.

Forgive Infineon shareholders if they start to feel that the 47% premium they paid for Cypress might be a little steep. Ironically, shareholders seem to be forgiving management, with the stock rebounding from a mid-March low to be 30% off its February peak, and back to where it was in early October.

Bloomberg Intelligence senior analyst Anand Srinivasan has been ahead of the curve. He predicted two weeks ago that the then-consensus estimate for a 4% decline in NXP revenue this year was conservative, and that 6% might be more realistic. Today, data on the Bloomberg terminal points to a 10% drop, the worst since the financial crisis in 2009.

At Infineon, analysts are looking at a 7% drop in sales for the year ending Sept. 30. That may also be conservative.

Xiaomi may believe that smartphones are a must-have, and Apple Inc. certainly hopes that its new iPhone SE will find favor even among tight-fisted consumers. But with a global recession on the way, you’d have to be Elon Musk to believe that the auto sector, and the chipmakers that supply them, are going to survive with only minor bruising.

(This column does not necessarily reflect the opinion of the editorial board or Bloomberg LP and its owners.)