The latest electric offerings from Audi will pack in more tech and cabin features than ever before.The Audi Q4 e-tron will follow into the footsteps of siblings e-tron and e-tron Sportback - both of which are set to launch in India.
By : HT Auto Desk
| Updated on: 07 Apr 2021, 12:29 PM 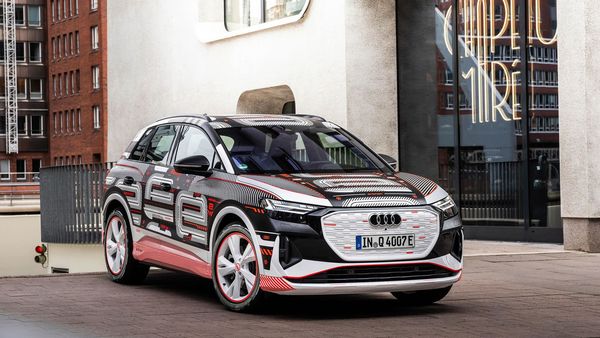 Audi Q4 e-tron packs a mile-long list of features inside.

Audi has released new teasers of the Audi Q4 e-tron, Q4 e-tron Sportback while announcing that its latest EV offerings are slated to make a world debut on April 14. The teaser shows the Q4 e-tron donning a sleeker and sloping roof. The vehicles will pack in more tech and cabin features than ever before.

The Audi Q4 e-tron Sportback was first teased by the carmaker in a concept form in July last year while the Audi Q4 e-tron concept was showcased at Geneva Motor Show in 2019. While the carmaker has remained tight-lipped about the drivetrains of the production versions, it gave a sneak peak into the vehicles' interiors last month.

Ready to set the next milestone.

Stay tuned and join us for the world premiere of the Audi Q4 e-tron models on April 14, 7 PM CEST at https://t.co/sbgOXA583k. #Audi #Q4etron #FutureIsAnAttitude #emobility pic.twitter.com/LKExuMCuqO

The highlight of the cabin of the new-age vehicles is the infotainment and driver display screens. The Q4 e-tron gets a 10.1-inch MMI touchscreen with the option of choosing an even larger 11.6-inch touchscreen. The standard screen gets a resolution of 1,540 x 720 pixels claiming to offer a vivid and easy to comprehend display while the larger screen will get a higher resolution of 1,764 x 824 pixels. 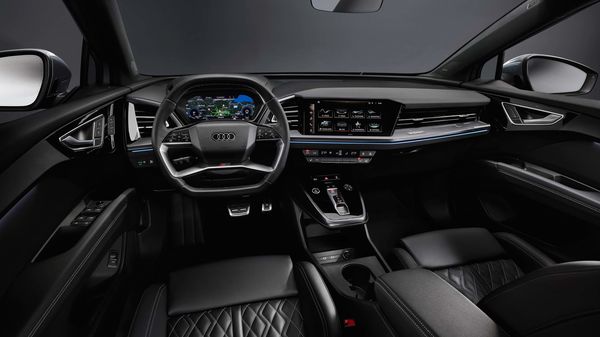 The cabin of Audi Q4 e-tron.

The natural-language voice control function, which can be activated with a simple 'Hey, Audi', claims to provide responses for a wide range of requests and queries. Further, the Q4 e-tron will get augmented a reality head-up display that will reflect important information on the windshield on two separate levels. The interior of the cabin can be done in either traditional, artificial or full Nappa leather but this option will be made exclusive to the S-line variant.

Both the vehicles will be based on Audi's MEB platform. The Q4 e-tron will come either with a 52kWh or a 77kWh lithium-ion battery pack. The Q4 e-tron Sportback could get an 82 kWh lithium-ion battery, powering two electric motors producing a combined output of 302 hp. This will enabled the vehicle to accelerate from 0-100 km/h in 6.3 seconds and hit a top speed of 180 km/h. It will have a range of more than 450 km in the WLTP cycle.