Ather Energy will set up its Experience Centre at BL Tower-2 on Tonk Road near Durgapura Flyover in Jaipur. As per Ather, the deliveries of its e-scooter will begin in the next couple of weeks in Jaipur.
By : HT Auto Desk
| Written By : Prashant Singh
| Updated on: 22 Mar 2021, 11:48 AM 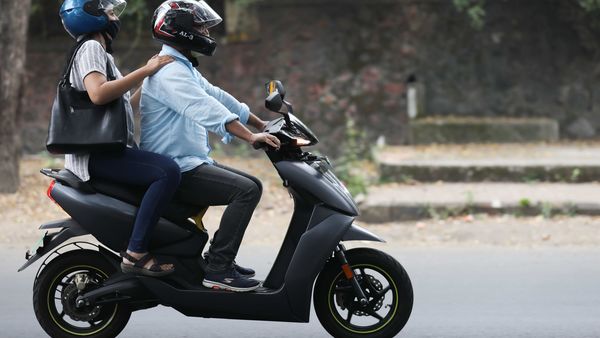 The deliveries of Ather e-scooter will begin in the next couple of weeks in Jaipur.

Ather Energy announced recently that it has expanded its operations to a new Indian city - Jaipur. The electric vehicle startup has inaugurated a new outlet in the pink city in association with Akhand Distributors. Ather's Jaipur outlet is now operational in the Durgapura area and the company has also commenced test rides of the Ather 450X e-scooter. Both the Ather 450X and Ather 450 Plus have been introduced in Rajasthan's capital city. While the Ather 450X has been priced at ₹159,524, the price for the Ather 450 Plus has been kept at ₹140,514. (Both prices are ex-showroom, Jaipur)

(Also Read: An inside look at Ather's new factory and its now bigger dreams in EV world)

The EV maker will set up its Experience Centre at BL Tower-2 on Tonk Road near Durgapura Flyover. The company has also revealed that the deliveries of its e-scooter will begin in the next couple of weeks in Jaipur.

Highlighting the importance of the Jaipur city in Ather's business plans expansion, Ravneet Singh Phokela, Chief Business Officer, Ather Energy said, “Jaipur is an important market for us and we have seen a strong demand & interest from the consumers since the launch of Ather 450X. The test-ride requests and bookings were so overwhelming that we wanted to start our operations in Jaipur earlier than previously planned."

Ather said that it will install around 3-4 fast-charging points, Ather Grid, across the main points in Jaipur. The company also plans to double up these points by the end of the year. Ather also plans to partner with progressive hosts including cafés, restaurants, tech parks, malls, and gyms to facilitate easy charging access to the EV owners. The brand has already set up over 120 public fast charging points in 17 Indian cities.

"We are pleased to partner with Akhand Distributors who have been a great support and their enthusiasm has made this possible. We will soon open our Experience Center in Jaipur, meanwhile, consumers can enjoy the test-rides and pre-order the 450X," Phokela added.