Home Auto News As Motorhome Dangles Over Edge Of A Cliff, Driver Waits For A Week To Be Rescued

As motorhome dangles over edge of a cliff, driver waits for a week to be rescued

The incident took place in the San Juan Mountains near Durango, Colorado.The vehicle and the driver were rescued by a tow truck.
By : HT Auto Desk
| Updated on: 20 Jun 2021, 01:29 PM 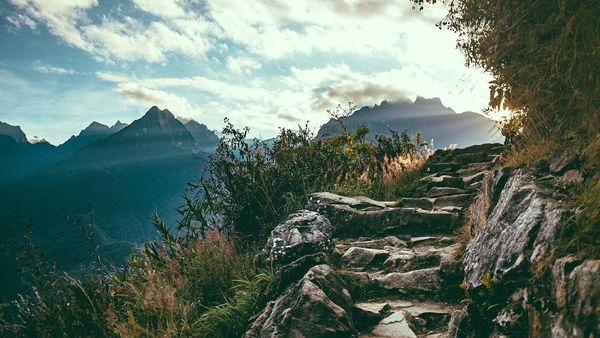 Not many live to tell the tale of one's vehicle skidding off the precarious path of a mountain cliff with an over 400-foot drop. A driver in the San Juan Mountains near Durango, Colorado was lucky enough to stay alive for a week after the rear wheels of his recreational vehicle (RV) went off the narrow mountain path leaving the vehicle hanging there. He was rescued by a tow truck.

(Also read | Watch: Man in stolen car jumps off a cliff during a high-speed chase)

The recreational vehicle was stuck on a left-hand curve with a rock wall on one side and a cliff on the other, Motor1 reported. The driver decided not to leave the vehicle, but the unsteady terrain of the mountain path made it difficult for him to stay inside. Thus, he slept in a tarpaulin nearby. Since there was no cellular network, he was not able to contact anyone for help. He was discovered by a mountain biker called Brad Klipping.

The owner of towing service called Animas Towing and Recovery in Silverton, Wayne Barger, said the driver took the path with a sharp corner. “The size and the very narrow road... a 400-foot drop... (it) was very dangerous, and there’s nowhere to turn around, so his only option was to keep on going," a Colorado newspaper quoted him.

(Also read | RV with second floor and XXL bed? Luxury on wheels may never be the same again)

The tow truck driver said that since the boulders were blocking the path, the motorhome wouldn't have been able to go much farther even if this incident didn't take place. The driver of the motorhome had driven around eight kilometres down the narrow road before the vehicle got stuck.