Tim Cook appreciates Tesla for not just being in the lead when it comes to EVs but holding on to it for a considerable period of time.
By : HT Auto Desk
| Updated on: 06 Apr 2021, 09:37 AM 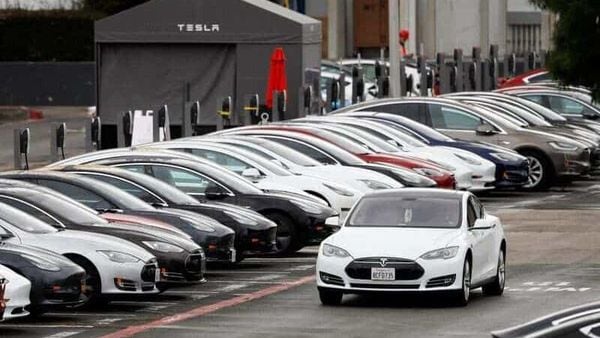 Tesla and Elon Musk have both reached giddy heights in recent years on the back of advancements made in the world of electric mobility. When it comes to electric vehicles, Tesla has a massive lead over all other automakers despite the fact that it only operates in a handfull of countries. That it took pole position is impressive but what Apple chief Tim Cook also appreciates is that Tesla has managed to hold on to its lead.

In an interview published by New York Times, Cook heaps praise on Tesla for showing the way forward. "Tesla has done an unbelievable job of not only establishing the lead but keeping the lead for such a long period of time in the electric vehicle space," he said.

At a time when Apple is reportedly planning on developing autonomous car technology and may, perhaps, even have a self-drive car in the works, the praise from Cook for Tesla could be yet another shot in the arm for Tesla.

The California-based EV maker has been ambitious - with its EV and EV tech, has been unconventional - with its business model, and ramped up deliveries in markets where it operates. This includes home base of United States, China - Shanghai became the first overseas manufacturing facility for Tesla, and several European countries.

With plans of expanding to emerging markets, including India, Tesla's surge may only continue. Model 3 remains the main driving force for the company but Musk has previously stated that an even more affordable product could also be developed.

Scaling up production and affordability could be two sure-shot ways of reaching newer highs even as traditional car makers like Volkswagen, Renault, Honda and others play catch up. On the distant horizon are tech giants like Apple and Xiaomi who too have ambitions related to self-drive cars