Jawa Perak was first introduced in November’18 and then went on sale in November'19.It is becoming a popular product in the cruiser segment. It eyes rivals such as Royal Enfield Meteor 350 and Honda H'ness CB350.
By : HT Auto Desk
| Updated on: 12 Nov 2020, 05:18 PM 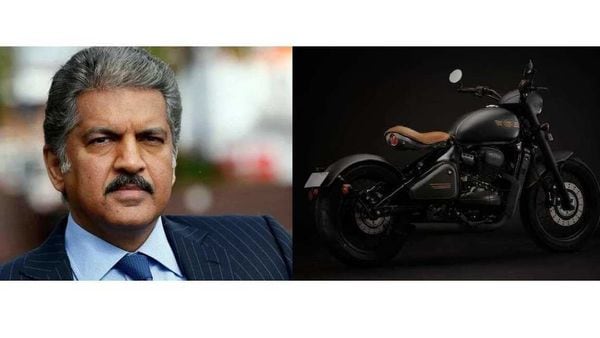 Anand Mahindra has tweeted a picture of the Perak cruiser with a caption that reads - Perak, The Dark Knight.

The Perak premium cruiser is turning out to be quite a success for the company. Recently, Anand Mahindra has tweeted a picture of the cruiser with a caption that reads 'Perak, The Dark Knight'.

The Perak was first introduced in November’18 and then went on sale in November'19. It is becoming a popular product in the cruiser segment and Classic Legends announced very recently that it has delivered over 2,000 units of the Perak this festive season.

After its launch in November last year, it took quite a while for the company to start deliveries of the new model which started only in July this year after the lockdown was lifted. "With the Perak, Classic Legends brought the bobber culture to the fore with a motorcycle made into a bobber right on the assembly line, in India, pioneering the Factory Custom trend," the company announced in a press note.

Classic Legends on last Wednesday said that it has managed to sell over 50,000 units of Jawa bikes in India within an effective 12 months of full operations. As per the company, it is quite an achievement since the sales milestone hints a healthy uptake in demand for Jawa motorcycles in India. It has also started exporting bikes to Nepal and Europe. (Read more information here)

(Also Read: Jawa Motorcycles to ramp up dealership count to 205 in India)