Alibaba's electric sedan is powered by two electric motors, providing power for an all-wheel drive system.The EV gets a standard 93 kWh battery and a 115 kWh battery will be optionally available.
By : HT Auto Desk
| Updated on: 15 Jan 2021, 04:04 PM 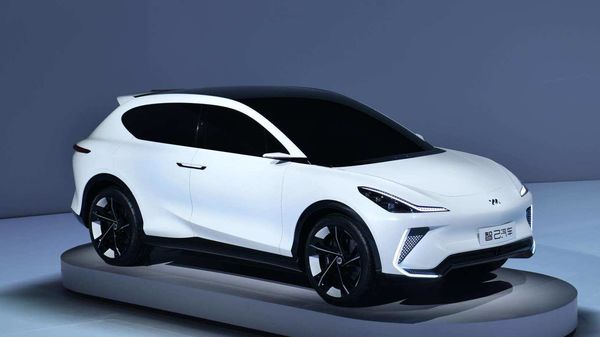 Chinese e-commerce group Alibaba has unveiled an electric sedan with wireless charging under a new brand formed in partnership with state-owned SAIC Motor. The EV was unveiled under the joint venture brand IM- 'intelligence in motion'.

The sedan features a new solid-state battery from China's largest battery maker Contemporary Amperex Technology. It boasts a streamlined design and an intelligent lighting system which reportedly consists of 2.6 million pixels of light, as per CarScoops. These lights can be used to show animations as well as the charging status of the vehicle. The IM electric sedan gets flush-mounted door handles and aerodynamic wheels.

There is also a panoramic glass roof, a roof-mounted sensor pod and full-width taillights. It is equipped with dual pane windows and electrically closing doors. The vehicle will also have the feature to self-park and smartphone functions like photo-shoot and social media sharing.

Step inside and all the attention will be drawn to the 39-inch widescreen display that is broken up into three different sections. Interestingly, there is also another 12.8-inch display that ramps out of the center console.

Full of of high-tech features, the car has been equipped with 15 high-definition cameras, 12 ultrasonic sensors and five millimeter wave radars. These will be used for the car's semi-autonomous driving system.

There is a standard 93 kWh battery and a 115 kWh battery will be optionally available. The latter will reportedly provide the a range of up to 543 miles in the NEDC cycle. The car can be charged for a range of 43-50 miles in as little as less as an hour.

IM will start taking pre-orders for the electric sedan in April this year during the annual Shanghai auto show, as reported by Nikkei Asia. There is also a second electric model, an SUV, targeted for delivery in 2022.