The ride-hailing giant’s deal for booze-delivery startup Drizly is more evidence the company is focusing on the right opportunity: local e-commerce.
By : Bloomberg
| Updated on: 03 Feb 2021, 13:22 PM 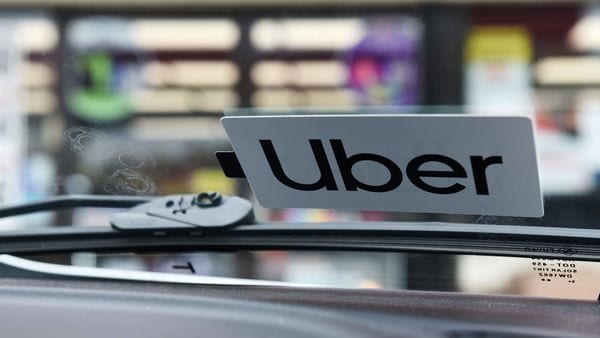 Early Tuesday, the ride-hailing giant said it had reached an agreement to acquire alcohol-delivery startup Drizly for about $1.1 billion. The eight-year-old Boston-based company, which has a market-leading footprint in more than 1,400 cities across the U.S., offers beer, wine and spirits delivered to customers in less than an hour. Despite the modest size of the transaction at roughly 1% of Uber’s total market value, the company’s stock surged by more than 7% after the announcement.

The positive reaction shouldn’t be surprising. The deal provides more evidence that Uber’s management is serious about its local-commerce ambitions and is prepared to do what it takes to move beyond its core business to all kinds of 'last-mile" services. That’s important because it is locked in a battle against the newly public DoorDash Inc. to determine which company will dominate on-demand delivery. Anything that can give Uber a leg up against its main competitor will help it in the fight and should be well-received by shareholders.

Buying Drizly will pay immediate dividends for Uber. The transaction accelerates the company’s expansion into an important category that will attract customers to its platform. If Uber had tried to build out its own service, it would have taken much longer to work out deals with local liquor stores and comply with the complex web of local laws and regulations. Instead, Uber can now instantly offer a wide selection of alcohol across the country inside its Uber Eats app, giving it a key competitive advantage versus DoorDash.

Tuesday’s announcement follows a flurry of other smart decisions from Uber over the past year that has helped streamline its focus and enhance its competitive standing in local e-commerce. The company divested a number of money-losing businesses in recent months — from its bike-sharing venture to its self-driving unit and flying taxi division. At the same time, Uber strengthened its position in on-demand delivery by purchasing Postmates for $2.65 billion in July, a deal that gave it additional capabilities in order-batching technology and non-food offerings.

Since the Postmates deal, Uber has expanded aggressively into other non-restaurant categories — including groceries and prescription deliveries. With the Drizly acquisition, it gains an important foothold in the alcohol category, giving it more ammunition to become the dominant player in local-commerce delivery. Uber is showing it’s all-in on the opportunity that’s worth toasting for investors.