Home Auto News A Ferrari 333 Sp, One Of Just 40 Units Ever Built, Up For Sale 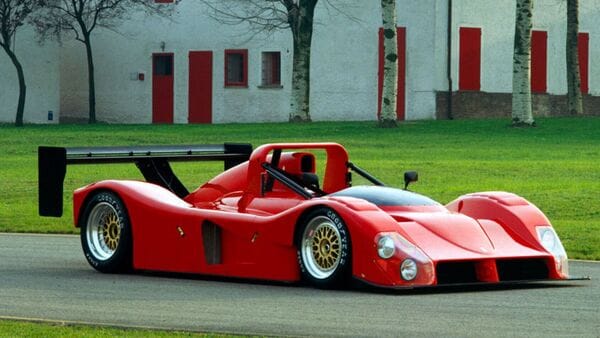 Owning a car that is one in just 40 is something to feel proud about and a very rare Ferrari 333 SP prototype is currently up for sale. The vehicle saw just 40 examples being built and was Ferrari's first sports prototype for 20 years and immediately made an impression thanks to its use of a 4.0-liter naturally aspirated V8. The engine churns out 641 hp at 11,000 rpm and has been modified from the 641 Formula One race car.

The Ferrari 333 SP was built towards the end of 1993 and was initially built by Dallara. While Dallara built 14 of them, the remaining 26 were built by Michelotto. This particular 333 SP, currently up for sale through RM Sotheby’s, is one of the Michelotto cars and is chassis 032.

While the listed vehicle doesn't provide much details about its ownership history but it includes a number of key documents such as service invoices, official Ferrari Classiche certification, and a number of import and customs documentation. One thing that can be ascertained is that the 333 SP once resided in Victoria, Australia and was imported to Canada in 2006. It now resides in Padova, Italy.

However, it is unclear if this Ferrari 333 SP ever raced and if it did, just which events it competed in. In general though, the 333 SP was very successful, claiming first and second places during its racing debut at the third round of the 1994 IMSA GT Championship. It also claimed a victory at the 12 Hours of Sebring in 1995 and was raced at the 24 Hours of Le Mans, finishing sixth in 1997.